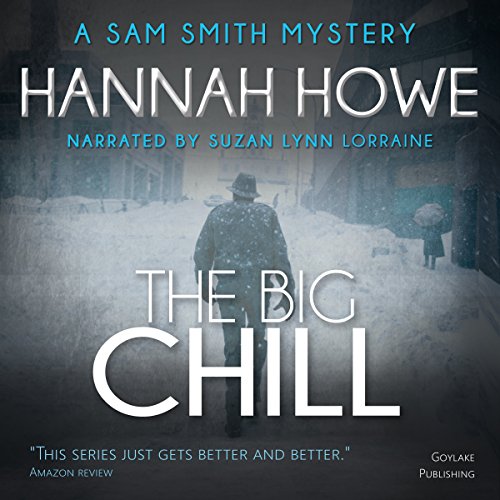 I don't want to die!

A jumble of images, my mother, my father, but his face is so vague. "Daddy!" Nothing.

Nightmares, very vivid, all too real. So confused. So weak.

Aching all over. Can't move my shoulder or arm. Very tired. More nightmares, too black to dwell on; make them go away....

Sweating. Drowning. I catch my breath, like breathing for the first time. Eyes blink awake. Gasping. Try to rise, but head hurts too much. Fall back on to the pillow. I ache all over, but I'm alive!

I was alive. But with a snowstorm gripping the city and with an unknown assassin closing in, I faced the most dangerous moment of my life and the very real prospect of feeling the big chill.

I really enjoyed this book! The characters were interesting and I liked the tough body guard. The romance between the female detective and the doctor was lovely.

This was my first book with this author. I enjoyed it so much that I ordered two more. The book was light and enjoyable. There was a mystery and I was able to solve it. I like it when the reader is given enough information to solve the crime. I hate those novels where some obscure person is the culprit and there is no way that I could have figured it out.