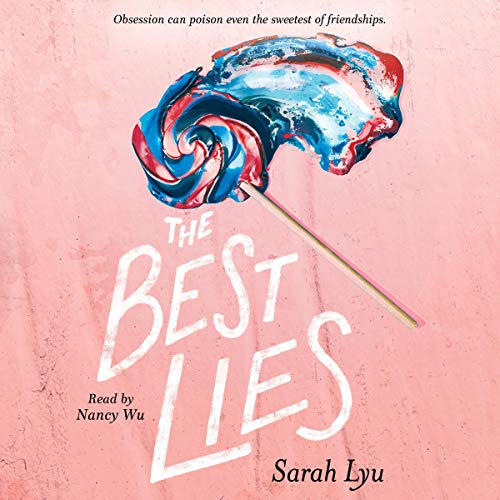 Gone Girl meets Suicide Notes from Beautiful Girls in this mesmerizing debut novel about a toxic friendship that turns deadly.

Remy Tsai used to know how her story would turn out. But now, she doesn’t even know what tomorrow will look like.

She was happy once. Remy had her boyfriend, Jack, and Elise, her best friend - her soul mate - who understood her better than anyone else in the world.

But now, Jack is dead, shot through the chest...and it was Elise who pulled the trigger.

Was it self-defense? Or something darker than anything Remy could have imagined? As the police investigate, Remy does the same, sifting through her own memories, looking for a scrap of truth that could save the friendship that means everything to her.

Told in alternating timelines, this twisted psychological thriller explores the dark side of obsessive friendship.

This book wasn’t bad, but it wasn’t great. I found myself a lot of times having to go back and re-listen to parts because it wasn’t holding my attention. It could have been better, and there really isn’t much of a mystery or a twist.

Good story, a bit much whining.

I enjoyed the story however I felt the some of the conversations between Elise and Remy went on too long, seemed like a lot of whining.

Worst narration in all books I’ve ever listened to.

Not to mention a plot that doesn’t add up, repetitive writing and in the grand total: boredom.