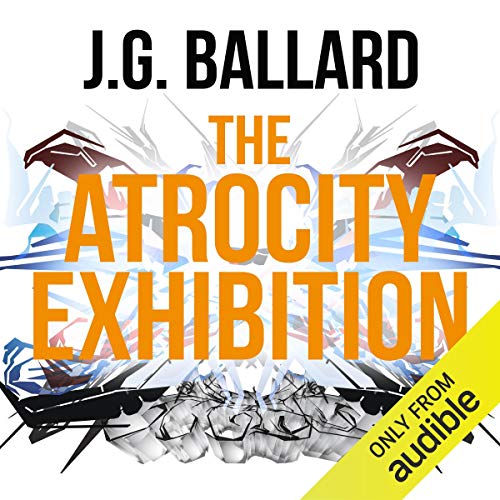 A prophetic and experimental masterpiece by J. G. Ballard, the acclaimed author of Crash and Super-Cannes. This edition features explanatory notes from the author.

The irrational, all-pervading violence of the modern world is the subject of this extraordinary tour de force. The central character’s dreams are haunted by images of John F. Kennedy and Marilyn Monroe, dead astronauts and car-crash victims as he traverses the screaming wastes of nervous breakdown.

Seeking his sanity, he casts himself in a number of roles: H-bomber pilot, presidential assassin, crash victim, psychopath. Finally, through the black, perverse magic of violence he transcends his psychic turmoil to find the key to a bizarre new sexuality.

J. G. Ballard was born in 1930 in Shanghai, where his father was a businessman. After internment in a civilian prison camp, he and his family returned to England in 1946.

He published his first novel, The Drowned World, in 1961. His 1984 best seller Empire of the Sun won the Guardian Fiction Prize and the James Tait Black Memorial Prize, and was shortlisted for the Booker Prize. It was later filmed by Steven Spielberg. His memoir Miracles of Life was published in 2008. J. G. Ballard died in 2009.

I had no idea how this would work as an audiobook, as it has had several incarnations in print, including annotated and heavily illustrated editions, but I thought it worked remarkably well. This is apparently the 'annotated' version - the author's commentary is incorporated in the form of endnotes at the end of each 'chapter' (in my opinion, a much better way to deal with annotations than trying to work them into the narrative at the point at which they appear in the written text). However, this audio version only has two of the four 'appendices' or 'found texts' that were added to the book in later years.

I was critical of William Gaminara's narration of Ballard's 'Hello America', but I thought his narration of this intentionally disorienting and disjointed text, which is more collage than narrative, was excellent. With one very minor exception, any accents are subtle and his narration is clear and well paced, which assists with the focus that is needed to follow this text.

If you are coming to this book for the first time, understand that this is a deliberately disturbing text. It's a surrealist exercise, challenging in form and in substance: it explores themes that are perverse, pornographic, violent and confronting. It is non-linear, intentionally repetitive and, to a certain extent, has dated (with its particular references to events and personalities of the decade in which it was written, not all of whom may be familiar). However, one of its most powerful aspects is its critique of violence and the media spectacle, a theme that remains (sadly) relevant.

I personally found it extremely difficult to get into the first 'chapter' (I can't remember if I had the same issue reading the hard copy text). If you have similar difficulties, remember that each 'chapter' was originally published as a stand-alone story, and it is possible to read the chapters in an alternative order. Once you are acclimatized to the flow of the writing, it may be easier to return to those chapters/those stories that initially seem less accessible.

Ballard was a genius

This collection of musings is just as relevant today as when it was written. As our cultutre has eroticized EVERYTHING from violence to car ownership, we are not as removed from these atrocities as one would hope. Now that we know how Ballard felt about Reagan, one can only imagine what he would think of Trump.....

Surreal trip into the mind of Ballard, not to be missed. Even better if you've read alot of his work.

the narrator was very good. the book flowed very well. I liked the JFK section.