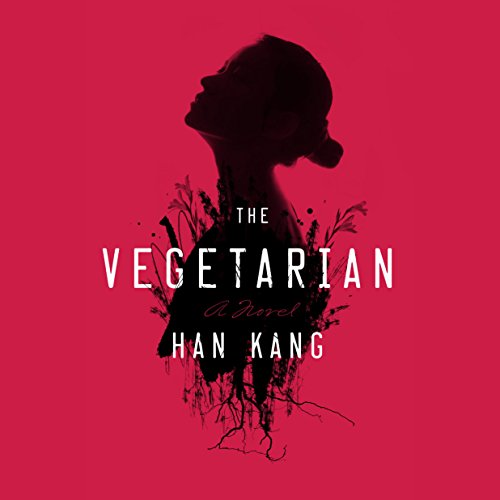 A beautiful, unsettling novel in three acts about rebellion and taboo, violence and eroticism, and the twisting metamorphosis of a soul.

Before the nightmares began, Yeong-hye and her husband lived an ordinary, controlled life. But the dreams - invasive images of blood and brutality - torture her, driving Yeong-hye to purge her mind and renounce eating meat altogether. It's a small act of independence, but it interrupts her marriage and sets into motion an increasingly grotesque chain of events at home.

As her husband, brother-in-law, and sister all fight to reassert their control, Yeong-hye obsessively defends the choice that's become sacred to her. Soon their attempts turn desperate, subjecting first her mind and then her body to ever more intrusive and perverse violations, sending Yeong-hye spiraling into a dangerous, bizarre estrangement, not only from those closest to her, but also from herself.

Celebrated by critics around the world, The Vegetarian is a darkly allegorical, Kafka-esque tale of power, obsession, and one woman's struggle to break free from the violence both without and within her.

"This book is both terrifying and terrific." (Lauren Groff, New York Times best-selling author of Fates and Furies)

"The Vegetarian is one of the best novels I've read in years. It's incredible, daring, and stunningly moving. I loved it." (Laura van den Berg, author of Find Me)

"A complex, terrifying look at how seemingly simple decisions can affect multiple lives.... In a world where women's bodies are constantly under scrutiny, the protagonist's desire to disappear inside of herself feels scarily familiar." (VanityFair.com)

A remarkable story. The protagonist, the Vegetarian, combines in her character contentment and strength of will belied by her physical condition.
It surprised me that the publishers did not listen carefully to the performance of the readers. The male reader needs to take care! In the most compelling moments his pronunciation of BUTTOCK would break the author's spell. Please dear publisher have a listen! Yours Sincerely, Jitu Pasricha

Only managed about a quarter way through. Have to finish on my kindle instead. Narration is just too terrible. Not only doesn't the narrators tone of voice match the feeling conveyed by the text. It's also rife with jarring retakes inserted in the middle of sentences.

Story is intriguing, but save yourself annoyance and read it on paper/e-reader instead if you find it interesting.

"She had never lived. Even as a child, as far back as she could remember, she had done nothing but endure."
-- Han Kang, The Vegetarian

I had to read this book for a class so I have to say the content really isn't my style to begin with. But on top of that, the narration was really painful for me. The main male narrator sounded almost apathetic during parts where he was narrating sentences that would be full of strong emotion in real life. The female narrator has an accent which is fine but I don't see how it adds to the story at all. She reads paiiiiiinfully slowly which gives the main girl's impending insanity I can sort of understand but it's so hard to listen to. The male narrator read too slowly as well and I only found the book tolerable after speeding it up significantly

I don't understand the reason behind the female voice actor performing with an accent. The story is about a Korean woman who lives in Korea. She would not be speaking with any sort of accent. She is fluent in her own native tongue. This story is not about a Korean woman thinking and speaking in English so don't treat it like that. This audio book is a translation and the voice actor shouldn't have inserted her own misinterpretion into her performance.

a horribly graphic novel with animal brutality. Do not listen to this novel if you are an animal lover.

This was a tough one

I listened to the end, I listened to some parts two or three times, and I just didn't get it.
(I have to admit that whatever the Man Booker judges are looking for, I never get it. I try to read the winner every year, and in a good year I can make it to the end, but I have never loved a Man Booker winner. Last year's winner I gave up about 25% of the way in; the previous year's winner I finished but found it to be a slog.)

I found the writing of The Vegetarian to be overdone and overwrought and many of the analogies (and too many analogies!) and much of the imagery just weird. I should have written down more examples,but "androgynous cheekbones" what are those? And maybe it was a translation problem, but one section of the book went on and on about a small birthmark "in the middle of her buttocks" which makes no sense to me from an anatomical standpoint.

A lot of the narrative was literally hard to listen to, especially when the protagonist was speaking: "Meat. Bloody red meat. Filling my mouth. Too much meat. Blood everywhere. Dripping from my mouth full of meat."

The only likable character in the whole book was the sister, and she was a sad, miserable person.

The three parts of the book didn't quite tie together for me, and I was left with too many questions.

The narration was generally good with a few highly distracting exceptions. As noted by another reviewer, every time (and there were many) the word "buttocks" was pronounced "butt-ox" it broke my concentration.

this was A very intriguing novel. i liked the vivid descriptions that led up to this individuals mental collapse. she was so entrapped in her delusions that others around her began to question their own realities. Very well done

Beautiful story, great imagery, wonderful peek into another culture and the impact of mental illness on the sufferer and her family.

I must not be intellectual enough to have understood or appreciated this book. It was weird, depressing, confusing and really hard to follow. I don't even really understand how it ended. Just not my cuppa, I guess.

Dark and disturbing, this audio book forcefully pulls you right into Yeong-hye's slowly, but relentlessly unfolding nightmare. This is a story full of violence, abuse, and struggle, but the author, Han Kang, tells it with such beauty and humanity that we can bear to listen nevertheless, and emerge grateful that we got a glimpse into a world we hopefully never have to enter ourselves.