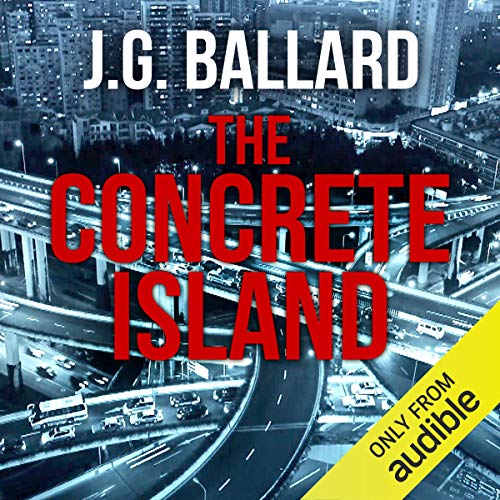 A chilling novel about our modern world, from the author of Empire of the Sun and Crash.

An architect is driving home from his London offices when a blow-out sends his speeding Jaguar hurtling out of control. Smashing through a temporary barrier he finds himself, dazed and disorientated, on a traffic island below three converging motorways. But when he tries to climb the embankment or flag-down a passing car for help it proves impossible - and he finds himself marooned on the concrete island.

In this twisted version of Robinson Crusoe, our hero must learn to survive - using only what he can find in his crashed car. Concrete Island provides an unnerving study of our modern lives and world. With his alienating, ‘Ballardian’ view of normal events, this is a unique novel from one of our finest writers.

J. G. Ballard was born in 1930 in Shanghai, where his father was a businessman. After internment in a civilian prison camp, he and his family returned to England in 1946. He published his first novel, The Drowned World, in 1961. His 1984 best seller Empire of the Sun won the Guardian Fiction Prize and the James Tait Black Memorial Prize, and was shortlisted for the Booker Prize. It was later filmed by Steven Spielberg. His memoir Miracles of Life was published in 2008. J.G. Ballard died in 2009.

Would you listen to The Concrete Island again? Why?

Like an off brand bag of chips that you are still eating for some reason.
The label looked cool on the shelf so you take it home. and then next week there you are buying the strange flavor of chip again. this is J.G. Balard.

A story about a jerk who doesn't change

The main character is selfish and lacks empathy from beginning to end. The characters were flat.

A disgusting protagonist, an okay book

The Concrete Island is a "modern" take on Robinson Crusoe, with dashes of 1970s era offensive terms and mindsets for flavor. If you are looking for a Robinsonade to thrill in the protagonist's ingenuity and will to survive, and you want it with a modern twist, go read The Martian. You won't find that story here. Instead, you will see a mildly unpleasant and very self-centered man deteriorate into a person whose actions made me feel physically ill. In spite of the intensity of disgust and frustration aroused by certain moments, for the most part getting through this book is more task than torture. There are moments of lovely prose, and the unrealized promise of a brilliant satire on the deeply outdated ideals that lurk below the surface in any Robinsonade. The final word on this, though, can only be "ehh".