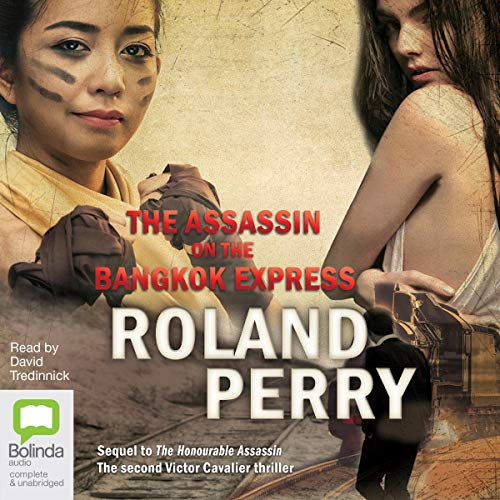 The Assassin on the Bangkok Express

Cavalier has heard that his daughter - kidnapped by a notorious Mexican drug warlord - is still alive but is a sex slave for the Mexican drug gang operating in the Golden Triangle.

Through his contacts, he manages to uncover the fact that the Mexicans plan to secretly leave Thailand in the next few days on the Bangkok Express, along with their accumulated fortunes from drugs and sex slave trafficking. Their imminent departure is prompted by intel from their insider contacts that the Americans, led by the CIA and involving Navy Seals, may be closing in on them.

Fearing that his daughter will be taken out of the country along with the booty, Cavalier makes plans to rescue her with whatever it takes.

During the night journey, a professional assassination occurs on the Express, which disrupts the Mexicans’ plans and gives Cavalier the chance to see if his daughter is indeed on board. All parties’ plans, however, are about to hit the worst possible obstacle. Tipped off about the huge booty of gold and cash, the IS-linked rebels attempt to hijack the train when it passes through their Muslim stronghold in Malaysia.