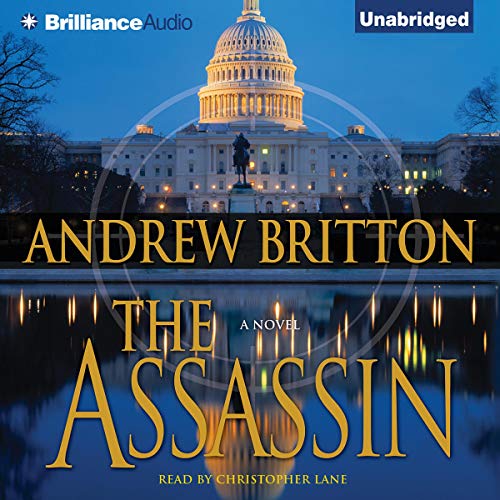 More than a year has passed since Ryan Kealey prevented the assassination of multiple world leaders in the nation's capital. While his work is brilliant, he's considered damaged goods. Now he's about to become a key player in a plot of unimaginable scale. For something big is about to go down in New York City.

When a top Iranian source reveals that Iran is planning to bomb the United Nations, U.S. Intelligence begins counter-measures. Only Kealey sees it as a smokescreen for another, far more involved plot. But getting anyone to believe him isn't going to be easy. With only his ally, London's newest assistant chief, Naomi Kharmai, by his side, Ryan will have to operate outside the lines in order to prevent a terrible attack in a city on lockdown.

A weapon of catastrophic power has been stolen from war-torn Iraq and has made its way to the U.S. The man who has it is Kealey's nemesis, William Vanderveen, an international criminal mastermind who has no objective other than pure terror and who will stop at nothing to achieve it. Making matters worse, Vanderveen's being helped by someone on the inside with high ranking security clearance. Even the halls of the CIA are no longer safe from possible espionage and treason. Now, as Kealey and Kharmai race to put the pieces together, they will confront a ghost from the past and be forced to question the people they trust most in a desperate investigation where only this is for certain - time is running out.

I loved the characters and the development they showed as the book progressed. All of this can be expected from an Andrew Britton.

Slow burn building to a exciting and satisfying end. Can’t wait for the next one.

This writer is just luring me in with the great securing and story telling. He does a great job at giving us just thigh facts to understand the sub text then it's all actin and things coming down to the wire. love it! can't wait to read the next one.

I loved from start to finish. highly recommend that you read The American by same author first. brilliant lead in to The Assassin's story

Could have been great

Would you try another book from Andrew Britton and/or Christopher Lane?

Unfortunately, the author ruined what could have been a great story. The book continues on for 45 min after the story (1st and 2nd book) ends poorly.

Has The Assassin: Ryan Kealey #2 turned you off from other books in this genre?

Would you listen to another book narrated by Christopher Lane?

Not this 2nd book but yes regarding the 1st book.

great conclusion for this book

Yes, but the first book is essential to listen to

Naomi Carmine. Love the drive she has

A great talent, he gives the characters life.

Mixed thoughts on this one

Most novels need to set up the story, but I found this one to be more like a documentary. With that being said, the last 1/4 of the book was a real page turner. I really enjoyed it If you like espionage suspense you'll enjoy this one.