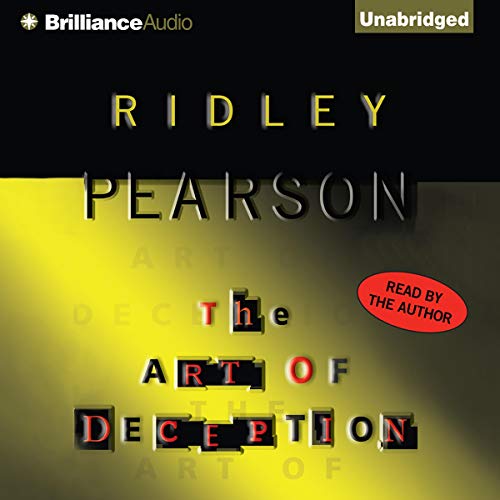 The Art of Deception

A troubled Mary Ann Walker takes a nosedive off a bridge. Seattle's police department macho man John LaMoia takes the call, along with the beauteous cop psychologist Daphne Matthews. They suspect her boyfriend, known to beat Mary Ann. Her seething brother, Ferrell, is convinced the boyfriend did the deed. But the case somehow becomes too slippery to close.

Lou Boldt, the supervising officer, is entangled in a conundrum of his own: two women have disappeared and a road crew worker's death may have a connection to the missing women. A peeper who's photographing undressed women at tourist hotels becomes Boldt's best suspect, along with a man who is stalking and terrifying Daphne.

As both cases heat up, so does the sexual tension between Matthews and LaMoia leading them both into unknown emotional territory. A hair-raising chase through Seattle's Underground, a little-known network of hundred-year-old streets that were paved over by the city decades ago, brings the story to its white-knuckle climax.

This is the 2nd book I've listened to that was dully read by an author. In The Art of Deception, Mr Pearson sounded bored. There was little to no inflection in his reading.

I found that I was easily diverted from actively listening to the story as opposed to shoving it to the background as noise. This meant I had to keep rewinding the story to get the storyline & characters back.

There are less expensive & annoying ways to get background noise.

As a general rule of thumb authors do not make very good narrators. I have to admit that Pearson didn't do to badly, but I think his time would be better spent writing. I found the story to be captivating and it kept me interested. I enjoyed the play between Matthews and LaMoia, in previous books she has always kept him at arms length.

I've read and listened to several of Pearson's book and have always enjoyed them. But not this one. Pearson is great with cops and felons. But this incursion into psychological gaming among female and male cops and also with felons doesn't seem to be his thing. It doesn't ring true and sometimes becomes mushy, pseudoromantic. The female cop with a PhD in psychology -- Daphne Mathews -- isn't convincing.

As for the reading, I prefer professional actors (readers) to Ridely Pearson's rendition of his own book. He tends to overact (over-read??) as if explaining things to a slow witted reader.

I'll go back to his Lou Bolt books.