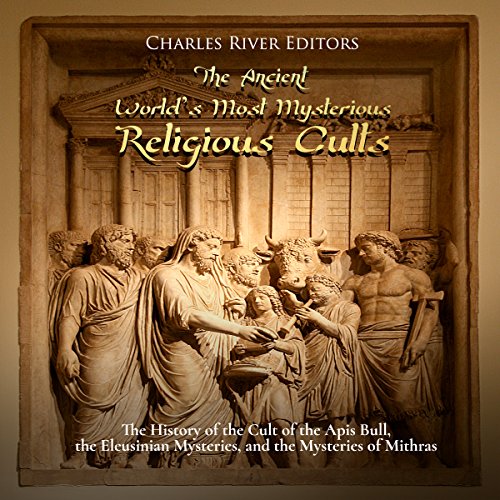 Africa may have given rise to the first human beings, and Egypt probably gave rise to the first great civilizations, which continue to fascinate modern societies across the globe nearly 5,000 years later. From the Library and Lighthouse of Alexandria to the Great Pyramid at Giza, the Ancient Egyptians produced several wonders of the world, revolutionized architecture and construction, created some of the world’s first systems of mathematics and medicine, and established language and art that spread across the known world. With world-famous leaders like King Tut and Cleopatra, it’s no wonder that today’s world has so many Egyptologists.

To the ancient Egyptians, the gods and goddesses were all around them and could be seen daily in nature. Nearly every animal found in ancient Egypt, both domestic and wild, were associated with a god or goddess, which can be seen in Egyptian art where deities are often depicted with human bodies and animal heads. The Apis cult began early in Egyptian history and gradually rose to prominence until, like the other animal cults, it became the object of popular veneration for all Egyptians. Despite gaining popularity with Egyptians of the lower classes, the Apis cult was also patronized by all of Egypt’s kings.

Ancient Greece and its mythology has fascinated people for thousands of years, and few elements have intrigued people quite like the Eleusinian Mysteries, which the Greeks believed transformed the initiates and gave them knowledge that eased both the living of life on earth and allayed fears of death, allowing an acceptance of their ultimate fate. The influence of the Eleusinian Mysteries was also far reaching; for example, the Telesterion is reminiscent of the labyrinthine, symbolic structures that can be found all over prehistoric Europe, ranging from those in Ireland to Malta and Crete to the Shetlands.

In the early Roman Empire, as Christianity struggled to gain a foothold and survive in the polytheistic pool of Roman theology, its greatest rivals weren’t the Caesars or the Roman aristocracy but rather the faith and devotion of the common Roman legionary. The faith of these men was centered on the god Mithras, who, they believed, led them to victory upon the field of battle and had done so for nearly four centuries. Despite this widespread belief among soldiers, the cult of Mithras was not a creation of the Romans, although they would eventually add their own rituals and mysteries to the ancient religion. In fact, the Mithraic religion was an Indo-Persian creation, a theology which managed to travel from India to the Hellenic and Roman world by way of Alexander the Great’s conquest of the Persian Empire.

Perhaps the most obvious question is why the Romans would adopt one of their biggest enemies’ gods. The answer may never be revealed, but the fact that the Romans worshiped Mithras demonstrates the strength and vitality of foreign cultures, even when Rome conquered them.