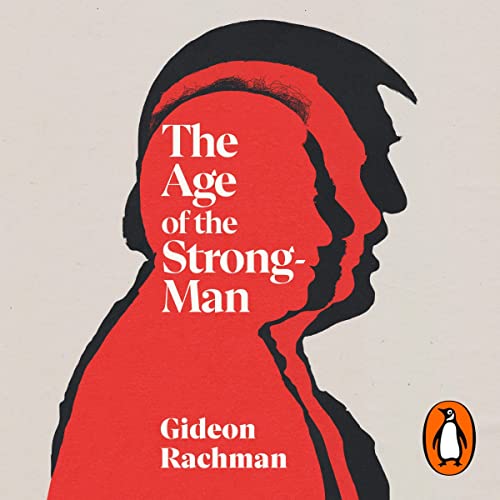 The Age of the Strongman

In The Age of the Strongman, Gideon Rachman finds global coherence in the chaos of the new nationalism, leadership cults and hostility to liberal democracy.

We are in a new era: authoritarian leaders have become a central feature of global politics. Since 2000, self-styled strongmen have risen to power in capitals as diverse as Moscow, Beijing, Delhi, Brasilia, Budapest, Ankara, Riyadh and Washington.

These leaders are nationalists and social conservatives, with little tolerance for minorities, dissent or the interests of foreigners. At home, they claim to be standing up for ordinary people against globalist elites; abroad, they posture as the embodiments of their nations. And everywhere they go, they encourage a cult of personality. What's more, these leaders are not just operating in authoritarian political systems but have begun to emerge in the heartlands of liberal democracy.

While in the West the EU referendum and the election of Donald Trump in 2016 mark a watershed, the new era started at the beginning of the new millennium, when Vladimir Putin took power in Russia. How and why did this new style of strongman leadership arrive? How likely is it to lead the world into war or economic collapse? And what liberal forces are in place not only to keep these strongmen in check but to reverse the trend?

From Trump, Putin and Bolsonaro to Erdogan, Xi and Modi, Gideon Rachman pays full attention to the strongman phenomenon around the world and uncovers the complex and often surprising interaction between these leaders. Whilst others have tried to understand the emergence of these new leaders individually, The Age of the Strongman provides the first truly global treatment of the new nationalism, underpinned by an exceptional level of access to key actors in this drama: Gideon Rachman has been in the same room with most of these strongmen and reported from their countries over a long journalistic career.

Not only does the Author not blame Merkel for hugely worsening the migrant crisis of 2015, behaving like any strongman in this book when she declared all of Europe, not just Germany, open to migrants and refugees to wander freely from Greece to Ireland and Spain to Norway to choose any country to settle in, he actually places Merkel as the Saviour of the crisis for paying off Erdogan to solve the open borders she instituted. Of course, the subsequent rise of the Far Right, Brexit and all those terror attacks in Europe have nothing to do with Merkels decision either. Europe has just become racist, for no apparent reason, he wants us to believe