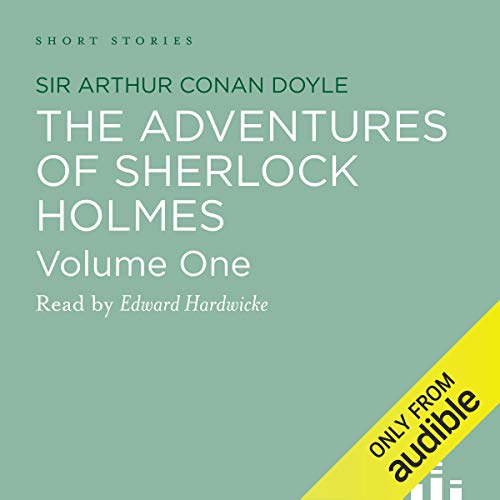 The Adventures of Sherlock Holmes

When Sir Arthur Conan Doyle wrote "The Final Problem" in 1893, in which Sherlock Holmes seemed to plunge fatally to the bottom of the Reichenbach Falls in the grip of his old adversary, Professor Moriarty, he vowed to have nothing more to do with his celebrated sleuth. But the pressure of public demand, not to mention the financial offers from British and American publishers, persuaded him to relent. In 1903 he wrote "The Adventure of the Empty House" in which the delighted reader discovered Holmes had survived the fatal drop to hound Moriarty's remaining confederates.

The Adventures of Sherlock Holmes: Episode One includes the following classic mystery tales:

Would you listen to The Adventures of Sherlock Holmes again? Why?

I buy short story collections to listen to and relisten. This particular collection is very well read by a favorite actor - Edward Hardwicke. His voice is pleasing and his acting is always effective. The stories are Holmes -'nuff said.