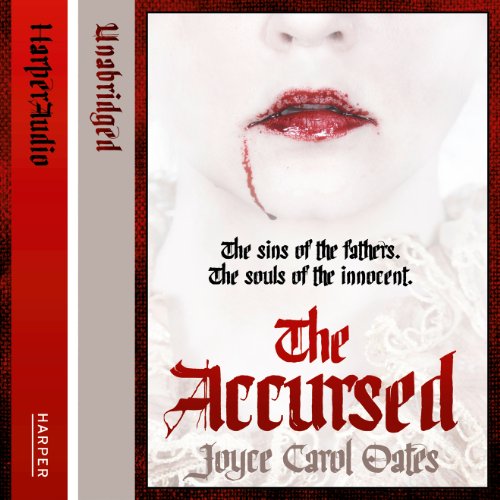 Princeton, New Jersey at the turn of the 20th century: soon-to-be commander-in-chief Woodrow Wilson is president of Princeton University. On a neighbouring farm, muck-raking novelist Upton Sinclair, enjoying the success of The Jungle, has taken up residence with his family.

Grover Cleveland, fresh out of his second term in the White House has retired to town for a quieter life. Meanwhile, the elite families of Princeton have been beset by a powerful curse—their daughters are disappearing.

A young bride on the verge of the altar is seduced and abducted by a dangerously compelling man—a shape-shifting, vaguely European prince who might just be the devil.

In the Pine Barrens on the edge of town, a mysterious and persuasive evil takes shape. When the bride's brother sets out against all odds to find her, his path will cross those of Princeton's most formidable people, from presidents past to its brightest literary luminaries, from Mark Twain to Jack London, as he navigates both the idyllic town and the Dante-esque landscape of the Barrens.

An utterly fresh work from Oates, The Accursed marks new territory for the masterful writer–narrated with her unmistakable psychological insight, it combines beautifully transporting historical detail with chilling fantastical elements to stunning effect.

This is a change for Oates, and I was so involved - it is whatever the audible equivalent of a "page turner" is! I couldn't stop listening to it, wanting to get to the solution to the mystery.

Grover Gardner's reading is occasionally distracting: on a couple of occasions he pronounces JOSIAH (one of the main characters) as JOSHUA. He also mispronounces "idyll".

However, his characterisation of the different figures in the book is very good, he manages to avoid the trap of some male narrators of putting on a weird falsetto for female characters.

The story is set in Princeton, NJ, in 1905, when a sequence of inexplicable - possibly demonic - events begins. This is during Woodrow Wilson's tenure as president of the university, and he turns out to be quite an irascible and petty individual, which offers some sly humor. Grover Cleveland, Upton Sinclair, Jack London, Mark Twain and other luminaries are also involved.

Ghosts, trances, outbreaks of murderous madness, and voices from the beyond: if you're a fan of the historical and gothic in fiction, get this.

With a rambling style this book left me anything but thrilled. Perhaps someone who enjoys a very dry sudo historical text would enjoy it more.