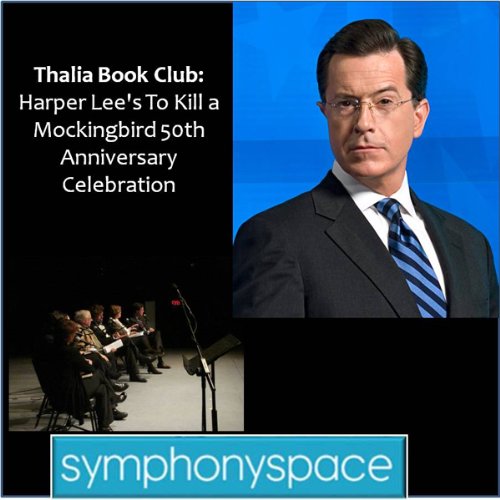 This is not the full story.

They only do excerptsfrom the book. I was hoping to hear the entire book. I wish the description explained that better.

Agreed with Fooled Me Once!!

"Fooled me once"
Unless you want to hear a number of self important people disussing the book don't be fooled like I and download this rubbish.

Unless you want to hear a number of self important people disussing the book don't be fooled like I and download this rubbish.

The system forced me to give it a minimum of 1 star, it is not worthy of even 1 star

i thought this was the book

i thought that this was the book not some tribute. so misleading. now i have to pay for it!

The title misled me to believe this was an actual recording of To Kill a Mockingbird and that we were celebrating it's existence. Maybe I'm just stupid and got too excited. Disappointed that I didn't get to listen to the book and learned a lesson about slowing down and reading the description.

If you are expecting the story don't buy this...it's not the story. It's a discussion of the story. Very disappointed.

Zero stars was not a choice

I was looking for the book. Didn't realize that wasn't what I was getting until I saw 1.36 hours. Waste of 3 clicks, never mind the $4.

Great Discussion about To Kill a Mockingbird

What did you love best about Thalia Book Club: Harper Lee's To Kill a Mockingbird 50th Anniversary Celebration?

I liked that the speakers felt deeply about the characters and events in the book. The discussion helped me understand the book better.

Wanted to hear the book

so I agree with those that have reviewed before me. I was hoping to hear the book during my commute and got a literature lesson. it was waste of my first credit and left a bad impression.

not what I expected

There is nothing from the book except commentary and literary analysis of the book. I do appreciate it, however, that was not how it was presented online.