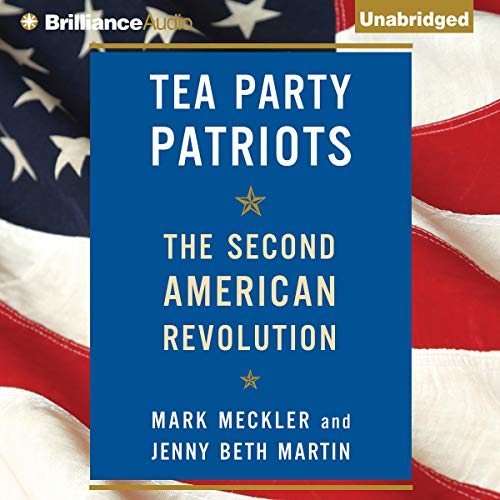 In 2009, an unemployed mother of two and a politically inexperienced Northern California attorney met on a conference call that would end up starting one of the largest grassroots political organizations in American history, the Tea Party Patriots. Fueled by the fires of passion and patriotism, Mark Meckler and Jenny Beth Martin have become the faces of the most powerful political movement in the country, empowering their more than twenty million members by using both high-tech advances and the time-tested American tradition of rallying in public. With unparalleled access to the inner workings of the movement, Meckler and Martin explain how the Tea Party came to be, what it is and is not, and, perhaps most important, provide the first comprehensive, forward-looking document outlining a plan to restore America to its prior greatness. This is the definitive history of one of the most radical and revolutionary movements the country has ever seen, from those who started it all.

How the TEA party came about

What did you love best about Tea Party Patriots?

That we are not alone, but are actually a majority of Americans want a fiscally responsible government, the rule of law, and free enterprise in our country.

What does Mark Meckler and Jenny Beth Martin bring to the story that you wouldn’t experience if you just read the book?

There is a personal touch in narration by the author that would be missing in text.

I consider this report on the Tea Party movement to have cultish comparisons. it states truthful aspirations for advocating a government by the people for the people rather that bought and controlled by the ultra rich elites. The problem is it is laced with falsehood.

This is the agenda of the Koch brothers who have been subverting the minds of our citizens to accept ultra-radical Libertarianism. Selling their agenda of free choice and do away with regulations that provide boundaries to protect the health and safety of people from the greedy corporate world in order to benefit them at the expense of the environment and future generations. They are set to do away with all social nets and public education. No more Social Security or Medicare for the elderly.