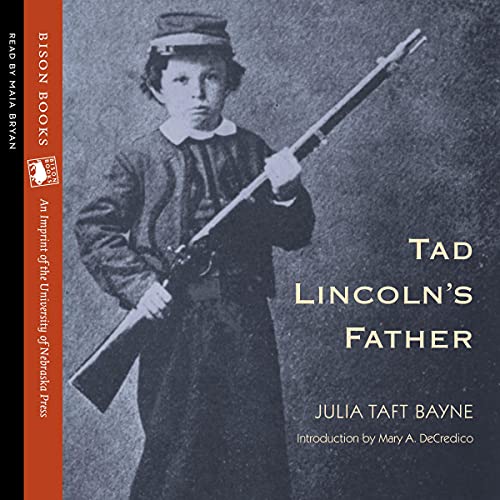 To others, he was the American president, one of the most powerful men in the world, presiding over one of the most horrific wars in history. But to Julia Taft, he was Tad Lincoln's father. Invited to the White House to watch over her two brothers, who were playmates of the Lincolns' sons, Julia had an intimate perspective on the First Family's home life, which she describes with charm and candor in this book. A rare look behind the public façade of the great man, Julia's affectionate account of the Lincolns at home is rich with examples of the humor and love that held the family together and that helped the President endure the pressures of governing a nation divided.

Abraham and Mary Todd Lincoln often expressed their regret at not having a daughter of their own. Julia Taft thus enjoyed a special place in their lives, and her memoir reveals the warmth she elicited from the couple. She speaks of her initial fear of Lincoln - the towering, rough-and-tumble backwoodsman - who won her over with teasing, and of her relationship with Mary, who was never really accepted into Washington social life and took particular comfort in Julia's presence.

A unique glimpse into the social life of the Lincoln White House, Julia Taft Bayne's memoir shows us the human drama played out daily behind the great pageant of history.

This is a brief snapshot of Washington, Lincoln and the first year of the Civil War through the eyes of 16 year old Julia Taft. Worth reading if you’re a Civil War or Lincoln fan.