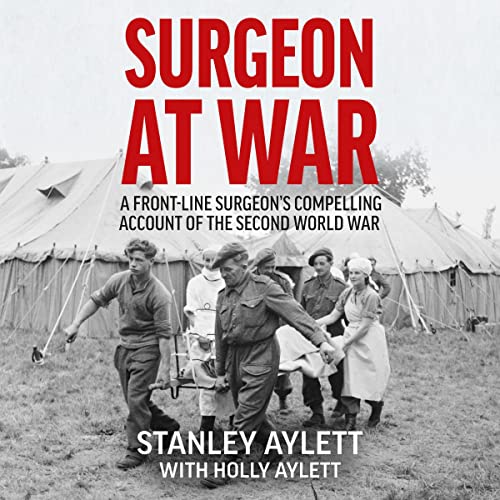 Stanley Aylett's remarkable account of six years' service as a front-line surgeon with the British Army is that rare thing: a complete narrative from the first week of the Second World War until months after the final capitulation of Nazi Germany. That war was the last Western conflict in which military surgeons performed operations immediately behind the front line, often in makeshift theatres set up in tents or abandoned, battle-scarred buildings.

Surgeon at War records the resilience and resourcefulness of the medical teams, drawing on the author's extensive diaries to describe the first advance into France at the start the war 1939; the chaos of the retreat to Dunkirk and subsequent evacuation of British and French forces; the sea voyage round the Cape to join the Eighth Army in Egypt; leading a Field Service Medical Unit in the Western Desert; the Allied invasion of France following the D-Day landings; crossing the Rhine into Germany; and VE Day, which Lieutenant-Colonel Aylett spent amid the horror of the Sandbostel concentration camp in northern Germany.

Stanley Aylett signed up in the week war was declared, and survived to tell his story, edited here by his daughter with extensive use of his own photographs and letters home. It is a narrative of courage, duty and endurance amid the fog of war, but above all a tribute to the skill and humanity of those whose daily lives revealed mankind at both its best, and its worst.