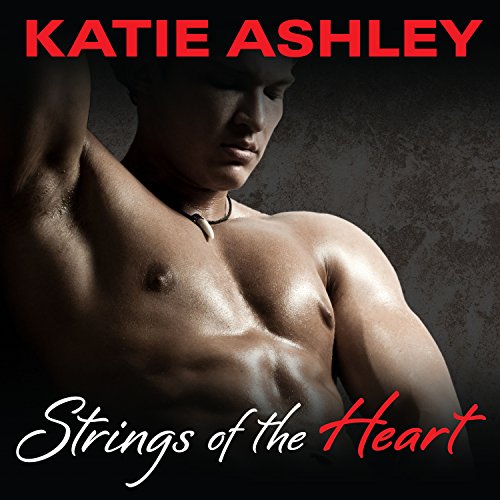 Strings of the Heart

Strings of the Heart

Twenty-year-old Allison Slater has been in love with her brother's bandmate, Rhys McGowan, since she was 15. But to him, she'll always be Jake's little sister and off-limits. Now a college sophomore, she sets her sights on making Rhys see her as someone he could date. But the night she has been dreaming of turns to heartbreak, and she realizes that she'll never be the one for Rhys. For Rhys McGowan, his nightmare began when he woke up, naked and hungover, next to his bandmate's little sister. He only makes matters worse by lying to Allison about not being interested in her. His resolve is tested when Allison comes on tour with Runaway Train, and the more time he spends with her in the close quarters of the bus, the harder it is for him to resist.

Strings of the Heart (SOTH) was initially a good read considering it's third in a series and I haven't read any of the other books. Not reading the other books was deliberately done as with most of these series, the author goes out of their way to make sure the reader knows what happened to the other characters. As predicted, ad nauseam in fact, the author kept the reader abreast of the characters from the other books in the series. That said, after the initial scene (i.e. the 'morning wood' discussion was a superfluous way to integrate characters from the previous book), the book progressed well from Alison's point of view.  However, SOTH began to peter out after Alison and Rhys got together as the reason for their not being together was thin at best. Also, Alison's brother Jake (who is also the lead character of the first Runaway Train book and Rhys' band mate) is a ridiculous character - he's a hypocritical bully that insists on controlling the behavior of every other male character when it comes to Alison, and every other character is totally fine with it. Jake hooked up with Abby and her brothers had no choice but to accept it, yet he is irrationally upset whenever a male talks to his sister because she's 'his' baby sister. Another minor annoyance was Jake and Rhys referring to Alison by her childhood nickname...it was an obvious vehicle used by the author to show Jake's affection for Alison...which ironically he had no problem dropping when he called her a whore for hooking up with Rhys. Honestly, the only reason I got SOTH was because Luke Daniels was the narrator,  and as expected I really enjoyed his narration given the  material he had to work with. Also, Justine O. Keef was an excellent narrator...her southern twang came across as natural and subtle...she really brought Alison's character to life. Overall, I'd say skip the entire Runaway Train series, but as I've only read SOTH I'll narrow my opinion to this book...avoid my mistake and skip this at times cliché riddled band drama.

The story was good, but the male narrator sounded like an old man.

The story dragged at first but got better the more I read. The male narrator made it hard to finish the book. Had great characters.

This book was very passionate but in some occasion a little immature but it does get better because the story line and the chemistry between the characters is off the charts!!

Would you listen to Strings of the Heart again? Why?

Yes -- I would listen to Strings of the Heart as well as the rest of Runaway Train Series. The books are great -- the audio is outstanding

What was one of the most memorable moments of Strings of the Heart?

There is no way to pick out just one memorable moment -- I loved all of the moments -- Katie Ashley has a way of drawing you into the story where you are so immersed it is like a series of neverending moments and Luke and Justine deliver the audio exactly the same way -- keeping you on the edge of your seat ready for more.

What about Luke Daniels and Justine O. Keef ’s performance did you like?

I have listened to quite a few pieces of work from Luke and Justine. They are both awesome -- bringing voices to the faces in the book.

"Strumming my pain with his fingers"

What would have made Strings of the Heart better?

I love this book, but cannot stand the way it is read in this audio book.