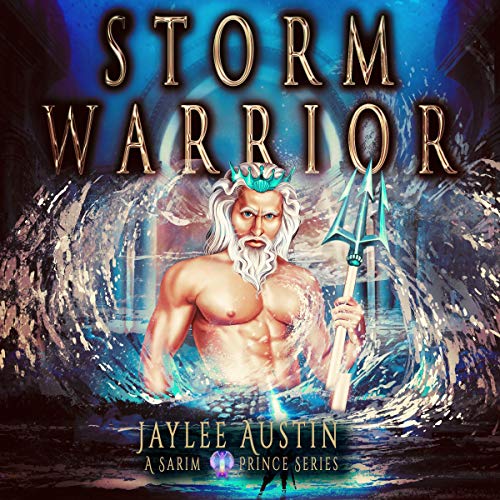 When I, Grace Isaeva, President of the United States, left my cousin’s college graduation, the last thing I expected was my fiancé to attempt to kill me. He drugged and stuffed my body inside a car trunk! I awoke in an alternative universe where Nephilim, angel half-bred, train to guard the human race. If that wasn’t strange enough, I harbor a secret I’ve kept from the American people. I’m an alpha Elfin silver wolf meant to unite the shifter race.

I’m trapped on an island with the Storm Warrior, my fated destiny.

Archangel Ananiel, leader of the Grigori watchers, saves my life by binding his spirit to mine. He’s otherworldly, alpha, stubborn, and demands my submission. I desire him, need him, but have no intentions of falling in love with him. Except…destiny has other plans.

This book contains mature themes. Storm Warrior is book two of the Sarim prince series. Twelve archangels are cursed after the angelic wars. Each must find their fated mate, make her fall in love, and replace the unique chakra stone of the kundalini dragon. Can the archangels succeed or will darkness rule the day?