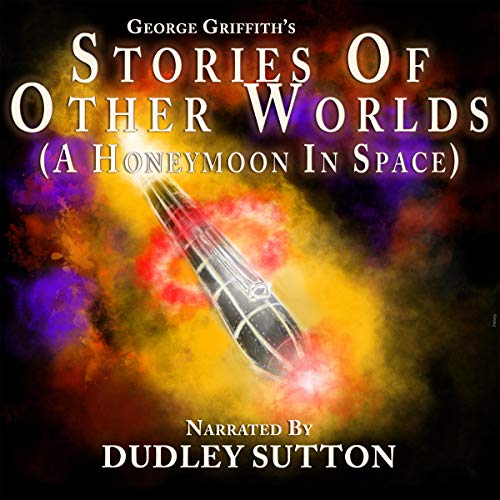 Stories of Other Worlds

For the very first time in audio, Dudley Sutton reads the pioneering science-fiction serial Stories of Other Worlds: A Honeymoon in Space, written by George Griffith and originally published over six parts in Pearson Magazine at the end of the 19th century in the UK.

The adventures, here collected as one audio edition, see his newly married adventurers, exemplars of the 'Race That Rules', exploring planets in different stages of geological and Darwinian evolution on an educational odyssey, drawing heavily on earlier cosmic voyages.

Very much products of their time, the stories hold up well against greats such as HG Wells and Arthur Conan Doyle. A truly fantastic piece of Victorian science fiction. As an explorer of the real world, Griffith shattered the existing record for voyaging around the world at the behest of Sir Arthur Pearson, completing his journey in just 65 days. He also helped discover the source of the Amazon river. He died of cirrhosis of the liver at the age of 48 in 1906.

In this collection, all six original short stories are brought together and read by the legendary Dudley Sutton (known to so many as Tinker from the Lovejoy TV series):
Book 1: A Trip to the Moon
Book 2: The World of the War God
Book 3: A Glimpse of the Silent Star
Book 4: The World of the Crystal Cities
Book 5: In Saturn’s Realm
Book 6: Homeward Bound