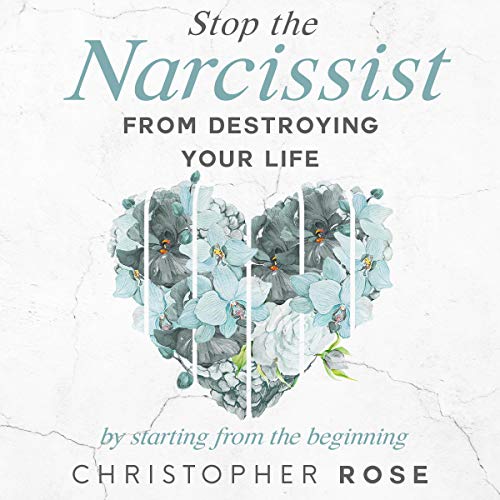 Stop the Narcissist from Destroying Your Life: By Starting from the Beginning

What to do when your need for admiration takes control of your brain and you can't live in a world where you aren't the greatest....

Did people ever confront you with your dominance?
Do you come across more arrogant than others without even noticing?
Do people blame you for being superior?

You love to seek for power and admiration because you know you deserve it.

Even if you are working hard to create your empire, you need to understand how kings used to rule the world.

No one likes to be pushed around and be treated like a tick with contagious diseases.

Yet, if you ask your friends and family, they will agree this is often how they feel in your presence.

As much as you want to be loved and admired, they have the same needs.

The core of humanity was empathy until climbing up the ladder became pushing a knife into someone else's back.

It became much harder to grow up in this world, which is why a rare mental disorder, called narcissistic personality (NPD) disorder, doubled over the last years.

Twenge and Campbell conducted studies suggesting that the incidence of NPD had more than doubled in the US in the prior 10 years and that one in 16 of the population has experienced NPD.

Once you recognize it is not normal to consider yourself the center of attention, it becomes tough to break out of the narcissism spiral.

You should know, it is never too late to change.

Most, if not all of us, demonstrate narcissistic tendencies over time.

It is hard to admit to an extreme feeling of jealousy or the need for positive reinforcement from others.

Yet, it is much harder to suffer from isolation, unhealthy relationships, and a fake world of success.

In this book, you'll discover:

It can be scary to start the process of healing, and you might have already tried different ways of curing yourself before.

Unfortunately, there is not enough information to easily research the topic online. Especially with mental disorders like NDP, it is important to understand the core of the problem and go on your own journey. What works for someone else might not be right for you. Soon, you'll have more than one pathway to choose from to make sure your journey succeeds.

Even if you feel great right now, you know the next dip is waiting around the corner. Narcissistic personality disorder harms not only one individual, but it tears entire families apart.

Ce que les auditeurs disent de Stop the Narcissist from Destroying Your Life: By Starting from the Beginning