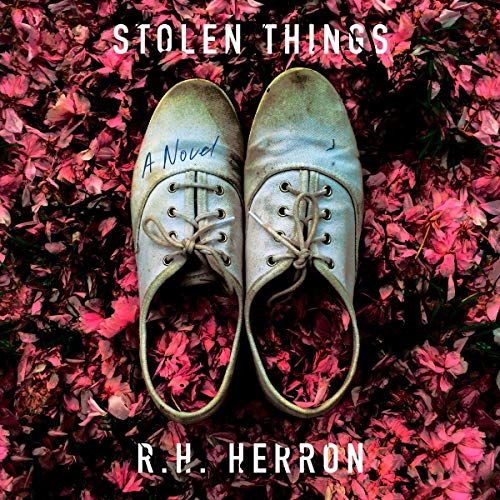 With one call, her daughter’s life is on the line.

Laurie Ahmadi has worked as a 911 police dispatcher in her quiet Northern California town for nearly two decades. She considers the department her family; her husband, Omid, is its first Arab American chief, and their teenage daughter, Jojo, has grown up with the force. So when Laurie catches a 911 call and, to her horror, it’s Jojo, the whole department springs into action.

Jojo, drugged, disoriented, and in pain, doesn’t remember how she ended up at the home of Kevin Leeds, a pro football player famous for his on-the-field activism and his work with the CapB - “Citizens Against Police Brutality” - movement. She doesn’t know what happened to Kevin’s friend and trainer, whose beaten corpse is also discovered in the house. And she has no idea where her best friend Harper, who was with her earlier in the evening, could be.

But when Jojo begins to dive into Harper’s social media to look for clues to her whereabouts, Jojo uncovers a shocking secret that turns everything she knew about Harper - and the police department - on its head. With everything they thought they could rely on in question, Laurie and Jojo begin to realize that they can't trust anyone to find Harper except themselves...and time is running out.

“Exciting storytelling and great characters make Stolen Things a powerhouse read. The writing is superb and I can’t wait for her next book!” (Iris Johansen, New York Times best-selling author)

"An addictive thriller that starts with a bang and only gets more twisted as you read." (Hello Giggles)

"Herron has worked as a 911 dispatcher for many years, and her debut is infused with both the emotional truths and daily details of her life’s work.... A textbook study of tension and secrets in small-town America." (CrimeReads)

Not Afraid to Go Places

Let me start by saying my favorite part was the narrator's performance matching the author's grit. What I mean is the author doesn't keep niceties (political correctness) amongst her topics/ characters and the narrator ebbs and flows with those emotions; truly bringing them to life.

Stolen things touched on a lot of hot button issues currently in America and weaved them beautifully amongst the storyline from beginning to end. Just what all things have been 'stolen' and from whom might surprise you the most!

This is 1st title I've ever read from Heron and look forward to reading more.

I love this book. I could barely tear myself away. Every time I thought I knew what was going to happen, the story took an unexpected turn. The characters were very likeable, and the emotions were intense. Also a fun (and slightly scary) look into the world of first responders.

Who wrote all the good reviews ? I thought this was just awful...bad writing, terrible characters ( I wanted to slap Laurie and JoJo), and on top of the irritating characters, the plot was slooooow. Xe Sands is a hit-or-miss narrator for me, definitely a miss here. Yeah, I really didn’t like it.

Narration amazing but only thing I liked

I found it hard to like the main characters in this book ... while the subject matter was quite controversial on many levels... I respect everyone experiences and opinions, but that wasn’t even my issue with this book. The 16 year old was the most disrespect dependent child ever! The fact that her parents allowed it and in fact admired their kid over most all others made it even worse! Difficult for me to finish, but narration was amazing enough to keep me interested where it was going.

Someone told me about this book and I bought it in hard cover then audible so I could listen on the train!!!.Gave the book to one Dr and told 2 other coworkers about it.They loved it also!! Twists and turns and suspense all of it!!

I really enjoyed this one. The narrator was fantastic and I look forward to more novels of this narrarator. Great story too.

This book will grab you from the first sentence
The narrator Xe Sands is amazing and brings this book to life
And also is my favorite narrator on Audible
Do not miss this one !!!!!’

This book is amazing!! It kept me riveted from beginning to end!! RH Herron is a word master and Xe Sands is one of the best narrators I've ever listened to!! This book was better than all those NYT best selling thrillers of the past few years combined!!!

I love the fierce mama-bear in this book. She had multiple layers. The narrator is magnificent!

I’m still reeling from finishing this story. Characters I thought I wouldn’t like feel like family now and I don’t know what to do now that the tale is told. R. H. Herron has given us a nuanced modern parable, a gripping thriller, a call to action, and several heartbreaking love stories all wrapped in a tale of human imperfection. I loved every minute of it, I am better for having read it.

A note on the performance: I listen to 60+ hours of Audible books a month and this is one of the finest performances I have found. The reader gave subtle shades to the characters, sometimes a simple as a spec of vocal fry, or the rounding of an R to help the listener stay present with who is speaking or thinking. She struck the perfect note of exhaustion triggered by an overwhelming situation. Thank you for this gift.

I was totally hooked from beginning to end

What a fabulous story, so well told, that I couldn't stop listening..The Author draws you bright into her book and the wonderful narrator lends her her voice. I can highly recommend this to everybody who loves to get addicted to a book.