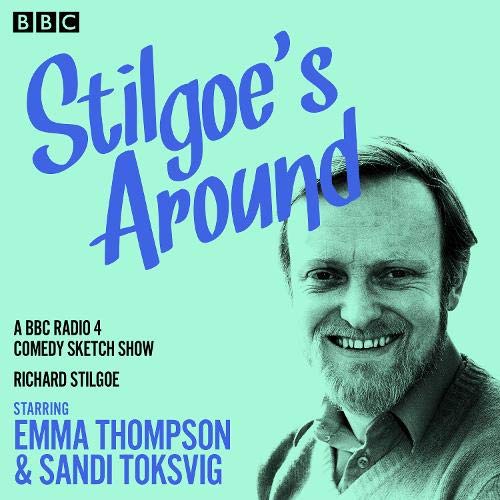 Songs, sketches and stand-up, recorded in front of a live audience on location.

Songwriter, broadcaster and award-winning entertainer Sir Richard Stilgoe goes out, about and around Britain in this amusing musical revue, which finds him taking a wry look at the pastimes and professions of our wayward island. In the company of a troupe of star guests including Sandi Toksvig, Emma Thompson, Kathryn Tickell, Pam Ayres and John Hegley, he visits locations ranging from the Boat Show to the City of London to perform a unique themed comedy show full of fun and laughter.

Join him for some musings on booze at the World Wine Fair; a low-calorie look at life at Champney's heath spa; and a selection of music, poems and stories about farmyard life inspired by the Royal Agricultural Show. He also takes a Stilgoe-style look at education at Manchester Grammar School, dispels the myths around money-making in the City of London, samples the grandeur of the National Trust's Clandon Park, and the results of sound testing at Guy's Hospital, London.

Please Note: These classic recordings were made between 1984 and 1989 and the content of the programme reflects the era in which it was broadcast.

Written and presented by Richard Stilgoe. Produced by Mike Craig and Neil Cargill.