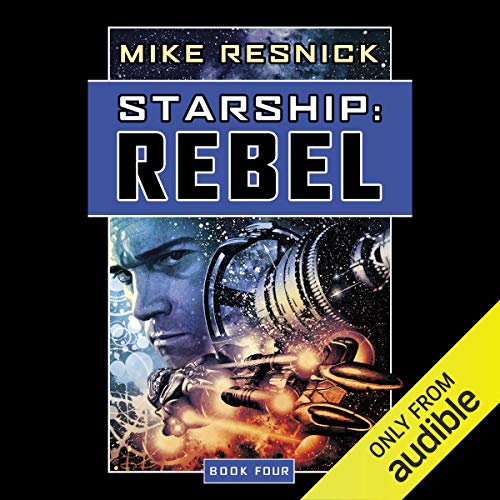 The date is 1968 of the Galactic Era, almost three thousand years from now. The Republic, dominated by the human race, is in the midst of an all-out war with the Teroni Federation.

Almost a year has passed since the events of Starship: Mercenary. Captain Wilson Cole now commands a fleet of almost 50 ships, and he has become the single greatest military force on the Inner Frontier.

With one exception. The Republic still comes and goes as it pleases, taking what it wants, conscripting men, and extorting taxes, even though the Frontier worlds receive nothing in exchange. And, of course, the government still wants Wilson Cole and the starship Theodore Roosevelt. He has no interest in confronting such an overwhelming force, and constantly steers clear of them.

Then an incident occurs that changes everything, and Cole declares war on the Republic. Outnumbered and always outgunned, his fleet is no match for the Republic's millions of military vessels, even after he forges alliances with the warlords he previously hunted down.

It's a hopeless cause...but that's just what Wilson Cole and the Teddy R. are best at.

Whats to say the book was great.

I really like good sci-fi war books , the entertainment value is tremendous , the characters in this book were awesome, East listen goes by to quick, the narrator was one of the best.

Mr. Resnick has penned an enjoyable series that has kept me hungry for more. I was so happy to come across this latest installment of the "Starship" saga. The characters have drawn me in and become part of my listening universe. Having said that, I was sad and mad about the loss of one of them. Like Wilson Cole, I wanted to make the Republic pay and pay and pay! The attitudes and actions of the Republic made me angry because they seem to parallel the actions and attitudes of institutions that exist in real life. Mr. Resnick has proven that fictional characters can move the audience as well as real characters. I do hope that he plans to pen more of this saga. I can't wait to listen to it.

Keeps on GETTING BETTER!!

Very Good Book...Best one so far! As with the first books Very Good Natration-that maks a good book great.. Great story with lots of action and drama. Two Thumbs Up!!!

Another Easy Read from Resnick

I have enjoyed these books. I have not listened to them in sequence, and find that they intersperse really nicely in between other reads. Meaning that the characters are easy to follow and the action is well paced for a relatively short sci fi novel. I look forward to more in this series. This past month I have read (or listened) to about 7 books, and this was one of the easier ones to read through (WarBreaker, Cemetery Dance, Graveyard Book, Heresies Distressed, Uplift War, Jerle Shannara).

I really enjoyed the first 3 books in the series, and this book does not disappoint. I can even imagine the characters and venues with very little effort. I strongly recommend this book and the entire series to the science fiction fan. Enjoy!

The narrator really made this series for me. I highly recommended you purchase this series as it is very entertaining.

An easy read, easy to follow, probably better to follow in order but not overly necessary for the series. If you are a sci-fi space buff, you won't be disappointed.

Waiting for the next one!!

In the fourth book i think we see where this is all going. i dont want to be a spoiler but this was really good and im waiting for the next book, i think the author has really embrassed these characters by now and the narrator is in flow with the story a real enjoyable listen.

I keep waiting for the next one to come out and have not been let down yet. It has been worth the wait.

I liked this series

Good light entertainment. The logic doesn't always work, some of the plot lines are a bit hokey, and some of the characters painted with a bit too broad a stroke... but overall it was a fun series to follow.