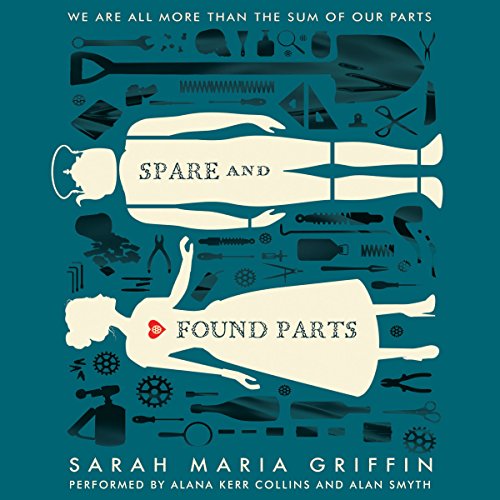 In a city devastated by an epidemic, where survivors are all missing parts - an arm, a leg, an eye - Nell has always been an outsider. Her father is the famed scientist who created the biomechanical limbs that everyone now uses. But she's the only one with her machinery on the inside: her heart. Since the childhood operation, she has ticked. Like a clock, like a bomb. And as her community rebuilds, everyone is expected to contribute to the society's good, but how can Nell live up to her father's revolutionary ideas when she has none of her own?

Then she finds a lost mannequin's hand while salvaging on the beach, and inspiration strikes. Can Nell build her own companion in a world that fears advanced technology? The deeper she sinks into this plan, the more she learns about her city - and her father, who is hiding secret experiments of his own.

This story is at once out of this world, and completely, basically human. EXCELLENT story and narration.

Absolutely beautiful prose, woven masterfully. I never would have expected the switches from first, second and third POV to work at all much less in the remarkable way they do in this book. This engaging post-apocalyptic Frankenstein-esque tale is a delight to listen to not only for Griffin's masterful use of language but also for Collins' narration. I'll definitely be listening to this one again!

Good, but nothing special

The audiobook was very well produced, however the book itself lacked a bit in terms of story. At times it felt like a knockoff Frankenstein story but as soon as the "monster" was made it barely played a part in the narrative. There were a couple of cool twists involved but overall this is probably a good read/listen for teenagers.