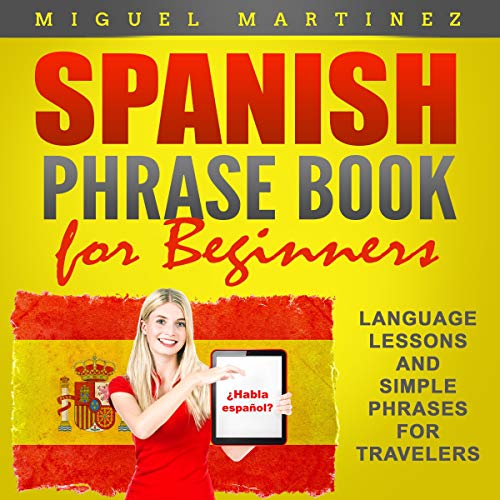 Twenty-one million students learn Spanish around the world. Discover how to become one of them.

Do you love the sound of “Despacito“ except you don't even know what the words you are singing actually mean?

Spanish is more popular than ever before.

Maybe because of the undeniable sex appeal of Latino legends such as Shakira and Pablo Alborán.

Maybe because there are 21 Spanish speaking countries you might not want to miss out on.

Charles the Fifth already once said if he were to speak to God, he would speak in the Spanish tongue.

Whatever motivates you to learn the language of God, I promise you won't regret it.

But be warned: On your journey your friends might get confused once you accidentally start saying "¡Buen provecho!" instead of “Enjoy your meal“.

Even if you usually struggle with languages, learning useful Spanish phrases will be a piece of cake. It is proven that Spanish is one of the easiest languages for a native English speaker to learn.

Thus no excuses can be made.

If your Spanish doesn't go further than “Buenos días“, you've been living with blinders on and already missed out on many opportunities to discover real Latino culture.

Open your doors, take off your blinders, start traveling the world, and become one of the 437 million Spanish speaking people around the globe.

Scroll up and click “Add to Cart“ to discover what the lyrics of “Despacito“ actually mean.

I am so much happy to get this amazing book.

Right after listening, i actually could see myself having conversations to locals with none worries. Indeed a powerful book and price to listen!

This audible is one of the best!

This is a really helpful book. I wish I had this once I was stationed at Fort Huachuca Arizona. New Goles Mexico was just south of there. I had my advanced individual training (AIT) there, so i used to be only there 8 months. i do know German, and Russian because i used to be in Deuchland for much longer . Still, knowing certain phrases in Espanol would help in order that they couldn't comb out the 'Gringos' to take advantage of . You did not have to talk fluently, but it definitely would aid in my situation, and that i figure many vacationers could use this also , recommended.

This audio book inspired me

This is a fantastic audiobook for learning Spanish. I hear this on my thanks to work and back home. i feel the audiobook explains things alright in order that a beginner can start confidently.

This is a really great guide to Spanish phrases. I even have haunted few Spanish classes, and that i can say that this book can really help me refresh what I learned. it's direct translation from English and even how you pronounce the words correctly. i'll not be ready to use them daily, but definitely I can use these within the future. i'm very confident to recommend this book.

This book is great for somebody that desires to find out the fundamentals for traveling to a Spanish speaking region or if you latterly moved to at least one . There are tons of straightforward and useful words and phrases to find out for beginners.

Got as a present and therefore the person loves it and is learning Spanish at their own pace. They think this is often a pleasant & easy system to use. Love this product very easy to follow anyone can learn to talk Spanish in no time. a requirement for learning Spanish!

So great and filled with useful info

This is an exquisite audio book that uses the words that are an equivalent or almost like English. i'm only on chapter 2, but have learned so much! I can converse in Spanish. a minimum of I hope others can understand me. She does an excellent job of supplying you with the tools to talk the language well. The pronunciation key's a true treat.

It explains almost everything you needed

I love the concept behind this book. Learning through stories gives a conceptual understanding of the learnt vocabulary. Not only is that the meaning interpreted, but the salient point of usage is emphasized. Also, the narrator really did an honest job.

I love the format of his teaching. It really does assist you think in Spanish. i feel that this method of teaching has catapulted my learning far beyond where i used to be .

I am listening several Spanish audible within the past did and must say these audible are different, they're a fun and straightforward thanks to learn and improve Spanish. alright explained, entertaining thanks to learn a replacement language. I highly recommend you get several of those audible. The stories are more mature with a more mature vocabulary.