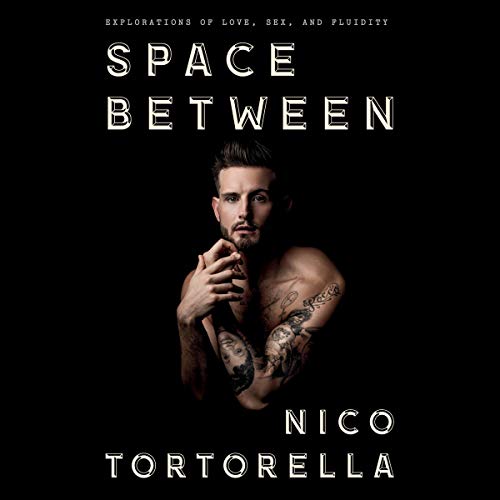 Nico Tortorella is a seeker. Raised on a steady regimen of Ram Dass and raw food, they have always been interested in the more spiritual aspects of life. That is, until the desire for fame and fortune eclipsed their journey toward enlightenment and sent them into a downward spiral of addiction and self-destructive behavior. It wasn’t until Nico dug deep and began to examine the fluidity of both their sexuality and gender identity that they became more comfortable in their own skin, got sober from alcohol, entered into an unconventional marriage with the love of their life, and fully embraced a queer lifestyle that afforded them the opportunity to explore the world outside the gender binary. It was precisely in that space between that Nico encountered the diverse community of open-minded, supportive peers they’d always dreamed of having.

Expanding on themes explored on their popular podcast, The Love Bomb, Nico shares the intimate details of their romantic partnerships, the dysfunction of their loud but loving Italian family, and the mingling of their feminine and masculine identities into one multidimensional, sexually fluid, nonbinary individual. Nico has become a leading voice of the fluidity movement by encouraging open dialogue and universal acceptance. Space Between is at once an education for listeners, a manifesto for both the labeled and label-free generations, and a personal memoir of love, identity, and acceptance.

"Space Between is honest, insightful, and poetic. This book encourages a new dialogue around humanity, sexuality, and gender identity that has been missing from the conversation. Each page inspires the reader to reflect and challenge their own biases, while gently championing self-growth and the respect of others." (Karamo Brown)

"Not only does Space Between answer many questions about what it means to live outside the gender binary, Nico Tortorella’s memoir is the ultimate inspiration for people to fully accept themselves, no matter how challenging it can be. By sharing their voyage toward realizing their own sexuality and identity, Nico empowers LGBTQ youth and grows acceptance for the LGBTQ community." (Anthony Ramos, GLAAD)

"Nico Tortorella’s Space Between captures the zeitgeist with their groundbreaking exploration of identity, authenticity, and vulnerability. It is a beautifully written account of what it means to live a life with courage." (Darren Star)

All of it really is you, thank you Nico for this beautiful book, I loved every second of it !

I both laughed and cried y’all!

I am a 50+ cisgender female, according to traditional gender ideologies. I am married to a wonderful man, have two grown children, and was raised in the deep South. Well despite all of that; let me just say that I frigging loved this book!!!

I think I have always been more open minded and liberal than my counterparts, but over the last decade I have been on a journey to learn more about how gender is socially constructed and how it is influenced by our sociocultural. Gender, social class, and race are used to socially categorize people and this leads to prejudice and discrimination. I dream of a world where this does not exist; a world where we are all free to just live and love. I dream of a world with more Nico Tortorella’s in it.

Thank you, Nico, for sharing your journey with us.

The author speaks straight from the heart
Connects with all audiences . UPLIFTING!!
It's not just about fluidity. It's about addictions and LOVING yourself before you LOVE others.

So inspiring and enlightening.

My life experiences could not be more different than Nico’s, and I am so grateful to learn from them. So grateful that they have shared their story.

I’ve followed Nico for a few years now on social media. He has always had a way of captivating me through his passions and creativity. Being a passenger on his ride, entranced by every word, is an awe inspiring ride. Through his own journey of self exploration and learning to navigate where he fits on the spectrum of the world we live in, he compels us to look inward ourselves. From his colorful family, to his experiences with lovers and people that have impacted his journey, we can all find something to relate to in this book. It was a ride I will never regret taking.

Nico Tortorella's story serves as a bridge between the world we live in now and the possibilities of tomorrow if we are true to ourselves, patient with others, and embrace the driving force of it all, Love. We can unteach ourselves the roles and expectations society has drilled into us and re-emerged as the humble beings we were intended to be. All of it is love. All of it is you. We all embody part of the space between.

I am changed. I am better for this book. I am now open to everything I don’t know and thirsty to learn more. I am questioning my own internalized homophobia and how it has been leading my life in ways I didn’t even recognize. Nico has a way of just expressing everything so beautifully. They sounded so sincere and really went deep into themselves to make this book a masterpiece. I have shared this book with so many friends. Thank you Nico. ❤️

This is more than a story, it is an exploration of identity!! Nico tells their truth with such gritty elegance that my mouth curls with joy as I listen to the silky rasp of their voice. For anyone who is questioning more about who you truly are, this book is a must in self exploration and identification!! Kudos and amen Nico!!! The Space Between, has helped me to fill that, in my life! I am in love

I absolutely love this book. It helped me really learn about myself and understand who I am as a person also. I love Nico he’s awesome.