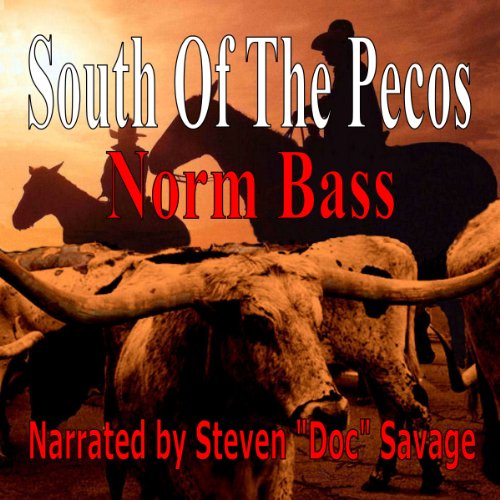 South of the Pecos

In 1887, Texas rancher, Peyton Masters, better known as "Punch" by his friends and fellow ranchers along the Pecos River, because of his tendencies to settle arguments with his fists, is about to drive three hundred head of cattle from his ranch on the Pecos River to the railhead in Odessa. But on the night before the drive is to start, a band of rustlers suddenly appear out of the dark, killing the cowboys riding watch and stampeding the herd.

After sending one of his men to request help from the Texas Rangers, Punch sets out after the rustlers with his widowed sister-in-law and co-owner of the ranch. Texas Rangers, Alvin Witherspoon and Chico Morales, also known as "The Cactus Casanovas" join Punch and Willow in the chase and a desperate race to the Rio Grande begins with plenty of action, shootouts, romance, and a few belly laughs along the way.