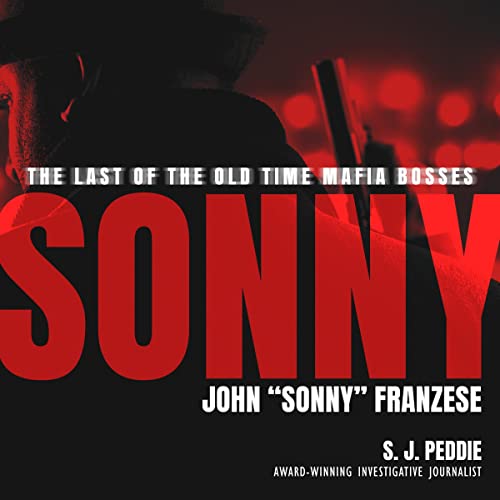 John "Sonny" Franzese reportedly committed his first murder at the age of fourteen. As a "made man" for the Colombo crime family, he operated out of his Long Island home specializing in racketeering, fraud, loansharking, and other illicit deeds he would deny to his dying day. His career in organized crime spanned over eight decades - and he was sentenced to fifty years in prison for robbery charges. But even behind bars, Sonny Franzese never stopped doing business . . .

This is the true story of an old-school Mafioso as it's never been told before. Newsday reporter S. J. Peddie interviewed Franzese in prison - and uncovered a lifetime of shocking secrets from the legend himself: why FBI director J. Edgar Hoover had a very personal interest in Sonny; how Sonny managed to juggle numerous affairs with women, including a famous model; how Sonny spent a third of his life in prison - and still managed to earn untold millions for the mob; how Sonny accidentally revealed some of his worst crimes - to a "friend" wearing a wire; and how Sonny hobnobbed with celebrities such as Ava Gardner, Jayne Mansfield, Bobby Darin, Sammy Davis, Jr., and Dionne Warwick, among others.

This is a must-listen for anyone fascinated with Mafia history - and a rare look inside a criminal mind that has become the stuff of legend.

Please don't waste the money on this!!

I love listening stories about Sonny. I was so excited to read this, and so much is 2nd and 3rd hand accounts. The absolute worse about the whole story, the lady who reads it sounds like a kindergarten teacher. Seriously, one of the toughest gangsters ever, portrayed by a teacher.

This book is the absolute worst!!! Don’t waste your money. I don’t know where this lady got her info but take it from someone who actually knows this lady is full of crap! Notice this BS wasn’t published until Sonny passed away, there’s a reason for that! RIP Sonny you are truly missed

Sonny, one of a kind

Made me laugh and sometimes cry too. What a character and lived to 103 years old. Must have had no conscious at all. Highly recommended.

Great book! I listened to it twice in a row! The story grabs you right from the beginning and carries on throughout the whole book.