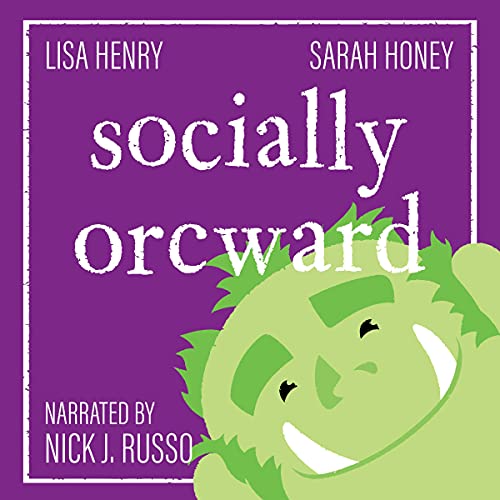 Dave is a simple orc with a simple life. He has his dragons, his music, and his friends, and that’s mostly enough. Sometimes though, he gets lonely and wishes there was someone he could share his interests with - maybe even someone he could hold hands with, although he knows it’s not likely that there’s a special person out there for someone who’s seven feet tall and green to boot.

So it’s a delightful surprise when Simon Perrin, the new kitchen boy, not only knows all about dragons, but seems to like Dave as much as Dave likes him back. But all is not what it seems, and Simon is hiding a dark secret. There are sinister forces at work, and Simon needs to find a way out of the situation he’s trapped in. If he doesn’t, it could mean disaster for the entire kingdom of Aguillon, and an even more terrible fate for Pie, Dave’s beloved fingerdragon.

When Dave discovers Simon and Pie are in danger, he’s swept up in a rescue mission that spans an ocean, tests a friendship, and has more dragons that you could poke a lute at. It’s going to be a wild ride - literally.

Socially Orcward was wonderful, funny and amazing! I’m so sad to see this awesome series end but I love Dave and Pie so much! Nick did a brilliant job bringing Simon, Dave and Pie to life. Some of Dave’s phrases made me laugh so much - “under a dress” “piglet of your imagination” “eggs and spinach” - pick this up and listen to the entire series if you need something funny and amazing!