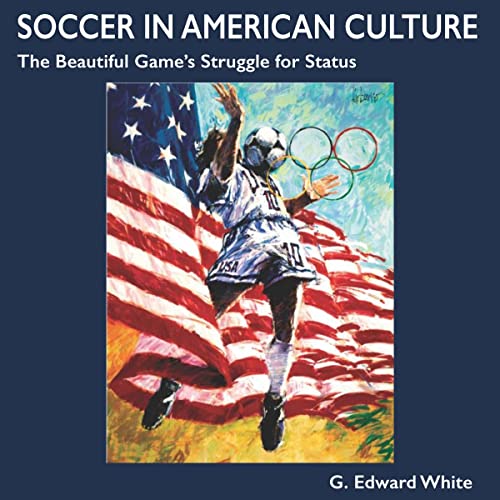 In Soccer in American Culture: The Beautiful Game’s Struggle for Status, G. Edward White seeks to answer two questions. The first is why the sport of soccer failed to take root in the United States when it spread from England around much of the rest of the world in the late 19th and 20th centuries. The second is why the sport has had a significant renaissance in America since the last decade of the 20th century, to the point where it is now the fourth largest participatory sport in the United States and is thriving, in both men’s and women’s versions, at the high school, college, and professional levels.

White considers the early history of “Association football” (soccer) in England, the persistent struggles by the sport to establish itself in America for much of the 20th century, the role of public high schools and colleges in marginalizing the sport, the part played by FIFA, the international organization charged with developing soccer around the globe, in encumbering the development of the sport in the United States, and the unusual history of women’s soccer in America, which evolved in the 20th century from a virtually nonexistent sport to a major factor in the emergence of men’s—as well as women's—soccer in the US in the 20th century.

"Takes readers back in time and untangles the alphabet soup of leagues that once dominated the scene...." (Clemente Lisi, author of The U.S. Women's Soccer Team)