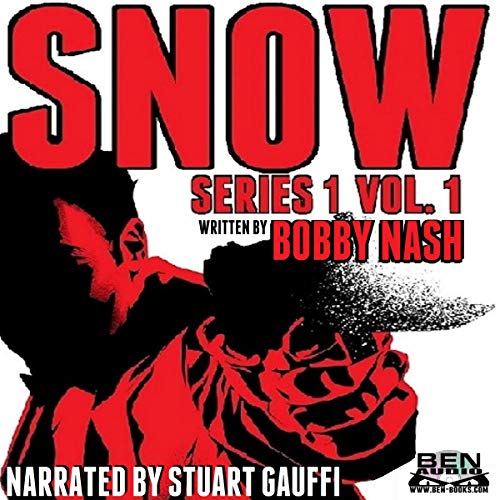 "Half an inch is all that stands between life and death.”

Abraham Snow, former undercover agent turned do-gooder, helps others in need while searching for the man who shot and left him for dead.

Snow Falls: After a near fatal encounter while deep undercover in South America, Abraham Snow retires from his work as a government operative and returns home to reenter his life. Things don't go as smooth as he hoped, and soon Snow finds himself reunited with old friends and in the crosshairs of a hired assassin.

Snow Storm: Snow’s former partner, Samson Brooks, a retired agent turned PI, arrives in Atlanta with a problem. He’s gotten into some trouble with some bad people and needs Snow’s help to get out of it. If they can't rescue a kidnapped college student, the underworld erupts into all out war.

Snow Drive (2018 Pulp Factory Award nominee: Best Novel): Danger at 220 mph! The Chambers Stock Car racing team hires Snow Security Consulting to stop a saboteur before their next race becomes their last. Can they keep the team's young hothead out of trouble long enough to stop the saboteur before the next race? Meanwhile, an old enemy sets her sights on Snow when a bounty is placed on his head.

Loved the action and the main character Snow, he has quite a history, lots of happenings in Atlanta, GA area. Great car getaways and pursuit through the backroads and no roads. Once you start this book its hard to put it down!