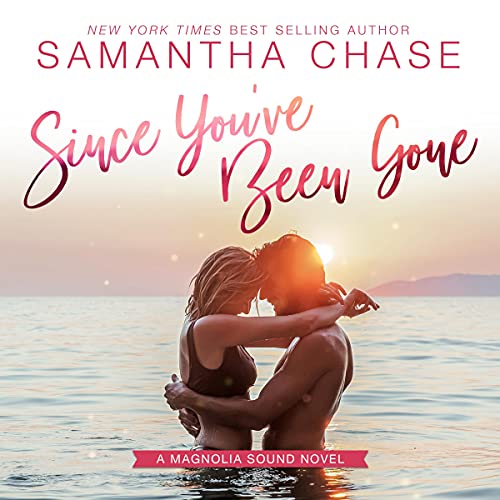 Since You've Been Gone

Emmaline Ryan has always been the smart, shy girl who plays it safe. But all that’s gotten her is a divorce and a mountain of debt to pay off courtesy of her ex-husband. Needless to say, she stopped believing in miracles and fairy tales a long time ago - except now she’s in desperate need of one if she wants to save her family’s animal rescue. She knows just where to go for help, but that means putting her faith in the hands of a man who once broke her heart without even realizing it.

Garrett Coleman met the girl of his dreams when he was just eight years old - only he never told her. But that was years ago. Now, Garrett has become a reluctant social media star - the shirtless #HotDoc and #SexyVet who saves scared and helpless animals. Sure, it’s been great for business, but he’d give anything for people to see the real him, preferably with a shirt on.

When a visit home to Magnolia Sound has him running into the shy girl he left behind, he sees his chance at the future he never thought he deserved. Unfortunately, he’s not the only one back in town, and wooing Emmaline just became a lot more complicated. A lot has changed since he’s been gone, and Garrett is going to have to prove that he’s up to the challenge. Emmaline might still be the sweet and quiet girl he left behind, but he’s not sure she’s willing to wait.

I struggled to finish this one. The storyline is not terribly strong and is weakened by how juvenile the characters are. The narrator's voice could be whiny at times.