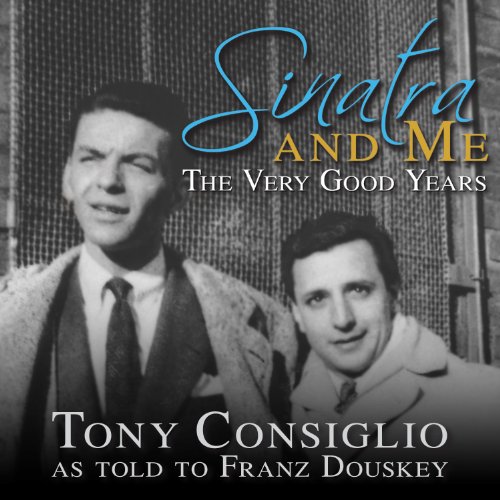 Not many people were allowed inside Frank Sinatra's inner circle. But Tony Consiglio was a boyhood friend of Sinatra's who remained his friend and confidant for over 60 years. One reason Sinatra valued Tony's friendship is that he could be trusted: Sinatra nicknamed him "the Clam" because Tony never spoke to reporters or biographers about the singer. From the early days when Sinatra was trying to establish himself as a singer to the mid-1960s, Tony worked with Sinatra and was there to share in the highs and lows of Sinatra's life and career. Tony was with Sinatra during his "bobby-soxer" megastar days in the 1940s, and he remained loyal to Sinatra during the lean years of the early 1950s, when "the Voice" was struggling with a crumbling singing and acting career - as well as his tumultuous marriage to Ava Gardner.

Tony also had a front row seat to Sinatra's comeback in the 1950s, starting with his Academy Award - winning role in From Here to Eternity and a string of now-classic hit recordings. Tony's friendship with Sinatra allowed him to rub elbows with the Hollywood elite, including Dean Martin, Jerry Lewis, Sammy Davis, Jr., Peter Lawford, Kim Novak, Ava Gardner, and many others. It also brought him close to the political world of the early 1960s, when Sinatra campaigned for John F. Kennedy and then helped plan the Kennedy inauguration. Tony was even at the Kennedy compound in Hyannis, Massachusetts, when the election results came in.

Sinatra and Me will shed new light on the real Frank Sinatra - from the man who knew him better than anyone.