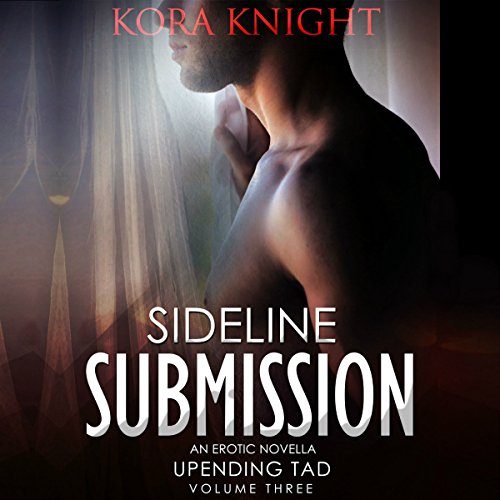 Round two with Scott hadn't been what Tad expected, but it did end up providing a few important realizations. For one, that crazy first encounter was definitely more than mere male hormones. Which meant he felt a true attraction to the guy. Something that explained his defenselessness against Scott's smoldering charms. Seriously, the dude had cut through his fortifications like the things hadn't even existed.

Which, yeah, was pretty unsettling.

So, Tad had resolved to cope with his findings the only logical way he knew how: purge the guy from his system once and for all by staying away for good. Unfortunately, that proved way more uncomfortable than he'd anticipated. Seemed his stupid infatuation ran considerably deeper, which made going cold-turkey one miserable chore.

So when Scott unexpectedly seeks him out, Tad is too drained to fight his turmoil any longer. Allowing himself a much needed fix, he agrees to hang out, neither he nor Scott knowing Dom boy Max will end up part of the deal. What starts out as an unassuming evening quickly turns shockingly licentious.

Question is, will Tad be able to handle it? And more importantly, what path will it send him down in his ongoing journey of discovery?

So much anticipation in this one.
And wow, the narration was great - pulling off voicing 4 guys had to be a feat. I've had small issues with this narrator before but this one impressed me.
Since I've read all the books many times I know what comes next and I just can't wait.