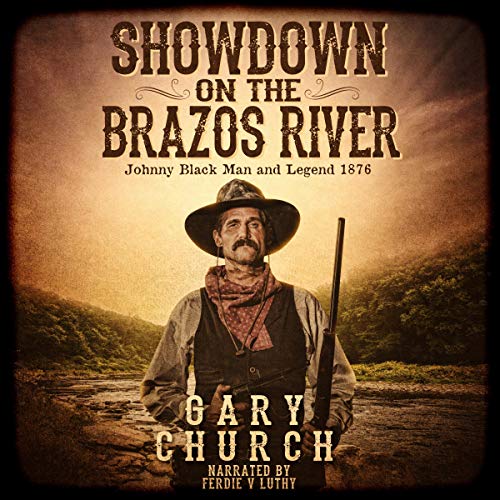 Tighten the billets on your saddle cinches and push your hat down as you mount up to hit the trails with Johnny Black and his cousin Collin Black. The Black family saga continues in this western thriller.

Experience action, mystery, and romance as they pursue kidnappers, bank robbers, highwaymen, and murderers in the old west. Texas, in the summer of 1876, proves to be full of danger and challenges for Johnny Black.

A young couple kidnaps the Black’s daughter, Lucrecia, and Johnny and Rosalinda must find and rescue their daughter before the trail goes cold. Johnny’s friend, Clyde, is shot and left for dead by members of a criminal gang. When Johnny insists on pursuing the gang, the U.S. Marshal hires him as a special Deputy U. S. Marshal. The bank robbers and murders are on the run, and Johnny Black is soon on their trail.

While Johnny is tracking the bank robbers from Austin to Fort Worth, Johnny’s cousin, Collin Black and his friend Reed, decide to try their hand as bounty-hunters. They leave Fort Worth and travel to Fort Griffin and the Flat to find and bring in a gang of former Confederate soldiers that robbed a stagecoach, taking the mail and the army payroll. Collin meets a schoolteacher and sparks fly, but rarely does romance flow smoothly. Ultimately, Johnny, Collin and Reed confront their foes in a showdown on the Brazos River, where they find themselves engaged in life or death struggles with desperate men.