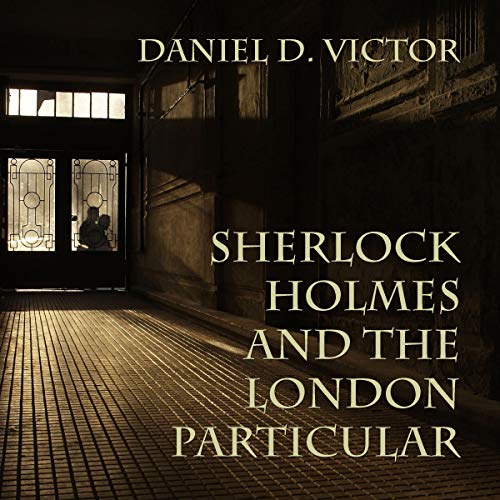 Sherlock Holmes and the London Particular

The light of an open doorway beckons through the mist of a London Particular, one of those smothering fogs for which turn-of-the-century London was famous. But in reality - as Sherlock Holmes soon discovers - though the doorway does indeed offer respite from the fog, it also leads to the gruesome remains of a double-murder.

Two corpses, a stolen diamond necklace, a Russian connection, and a dandified American writer who pals around with denizens of the theater - all add up to a murder investigation with international implications. Leave it to Sherlock Holmes who, in a classic assemblage of suspects in a high-tone British men’s club, employs his celebrated powers of deduction to reveal the guilty party.