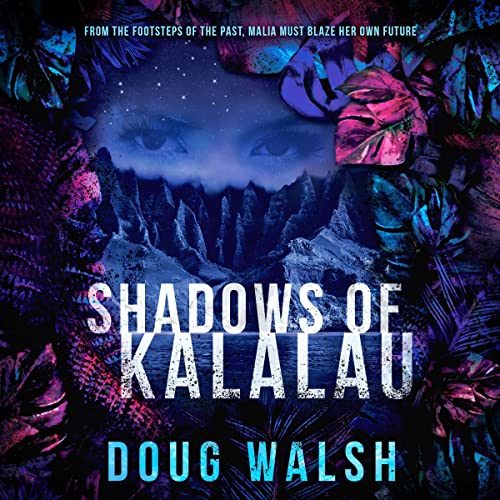 From the footsteps of the past, Malia must blaze her own future…

Still reeling from her mother’s death, Malia refuses to spend the summer before college walking on eggshells around her overbearing father. So, hoping to reconnect with her mother's spirit, Malia flees to the remote Kalalau Valley of Kaua'i, where she was conceived. But when two people end up dead, her adventure in paradise becomes a battle for survival.

Nothing in Kalalau is as she expects. Though quickly embraced by an eclectic group of squatters, Malia struggles to bond with her newfound 'ohana, or family…especially the attractive surfer who holds her at arm's length, despite the chemistry between them.

When a stranger joins the group, events rapidly spiral out of control. As secrets are revealed and illusions shattered, Malia finds herself at the center of a police investigation. And her life's dreams at the mercy of a desperate murderer.

Emotionally complex and charged with suspense, Shadows of Kalalau is a coming-of-age story as beautiful, rich, and compelling as its backdrop of Hawai'i’s Nāpali coast.