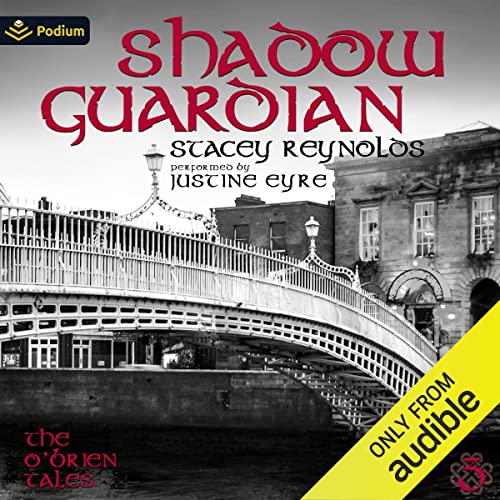 An Garda Síochána have patrolled the cobbled streets of their storied capital for nearly a century. Within the heart of their headquarters, a bloody secret is revealed.

The tortured, brutalized bodies of young women are being discovered in the shadowed corners of the city. The victims are all young, American, and the killer has left behind a chilling calling card that could have drastic political ramifications.

Detective Tadgh O’Brien has spent three years working his way into the Special Detectives Unit of the Dublin Garda. When he’s assigned to a task force to investigate a series of murders of young American women, he finds himself unlikely allies with a US FBI agent.

Special Agent Charlie Ryan is assigned to the International Human Rights Crime Unit of the FBI. She’s ecstatic to receive a career launching assignment to work alongside the Garda task force in Ireland. But she discovers that her job will involve more than murder investigations. Her Irish counterparts will use her as bait to lure a homicidal trio out of the shadows.

When Tadgh and Charlie become temporary colleagues, they find themselves both at odds and unmistakably drawn to one another. Charlie is an experienced, street-savvy law enforcement agent from a large American city. Coming from an abusive home life, she’s learned to depend solely on herself, hesitant to trust anyone with her heart. Though Tadgh has acclimated to life in the urban jungle of Dublin, at his core he is an island boy who grew up on the coastal shores of Western Ireland. His darkest fear is that he may be the only member of the O’Brien family to never find true love and happiness. When he meets the feisty, intelligent, no-frills Special Agent Ryan, his fears change.

How will he protect her during these dark times? And at the end of this brutal case, how will he learn to live without her?

Still one of the best!

I've read all of The O'Brien Tales books and listened to the 3 on audio and they never fail to come through in the best way. I love Stacey Reynolds writing and Justine reads and interprets them perfectly. Well done again!

I admit i took this title as Audible suggested it based on my library of suspense and crime titles, I suppose. That said i was keen to enjoy something different.

The premise of the story could have been good but there was just too much imbalance in the delivery. It was nearly ten hours in before anything of much substance in regards to dealing with the crimes at the heart of the story premise actually happened. Up until that point it was a lot of padding around a romance that we could see a mile off was going to happen anyway. At times the description of the physicality would not have been out of place in a cheap, erotic novelette. It seemed like a lot of time was just filled out in this part with being off no real substance. There were far too many characters introduced as part of the Irish family who simply added nothing to the story but just added more names.

I am sorry to say that i did not find the narrator’s accents to be particularly authentic. All the while of trying to do an Irish brogue there was the constant undertone of her N American own voice. She delivered the story well enough in all other aspects. This inconsistency was also mirrored in part in the text where, at times, terminology in common every day use in Ireland was employed and yet others that are distinctly American were used that we would not use by default over here.

It was not a bad book but it is not a memorable one, and i am sorry to say that it will not be enough to encourage me to look at any of the others in the series.

More of the same

I really liked book 1. Book two was entertaining but the similarity to the first book was disappointing. This book was just more of the same. The story of a perfect Irishman and the feisty women he adores. Really? ALL the male O'Brien's are hot, confident gentlemen? Their women are smart, confident and relatively inexperienced sexually. It seemed like some of the scenes duplicated from previous stories. That said, the voices are wonderful to hear. The story was good, but I'm not going to keep going with the O'Brian Tales. This was my last.

I am totally in love with this series!!!! This book was amazing and the characters made me want to make my way to Ireland to join the family! The 2nd story at the end of the book was beautiful!!! Thank you, Stacey Reynolds for writing this series! I am so excited to get to the next book!!!!

Too much graphic sex for me

Both the book and the attached novella had too much sex, period. As well as too graphic. Also plot line repetitive: failed romance, repaired romance, then wedding.

Another treasure by Stacey Reynolds

Growing to love this family and their stories of love. Beautifully written and narrated.

This is another wonderful book in the O’Brien Tales series. It is has a great storyline. Wonderful character development, too! I really am enjoying this series!

I love this series. Written well and the characters are well developed. You will wish you were part of this amazing family. The Novella at the end was a bonus. Thank you

Not my favorite O’Brien tale, but still good

The story of Taig and Charlie felt a little rushed and it did not feel as well developed as the others, but the ending was sweet.

I love these stories. I’m only now writing a review but I have to say they are worth listening to. There is romance, intrigue and suspense. I’m glad the first one was free because there are quite a few books in the series, but I plan to get them all. You might save a little by buying the kindle version and add audio. Love alpha males and an accent just adds to the hotness!