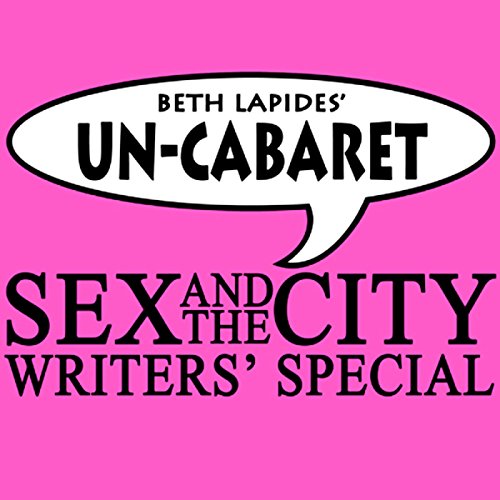 Sex and the City Writers' Special

Un-Cabaret assembled the entire Emmy-winning writing staff of Sex and the City, each reading their own work for this special sold-out edition of Say the Word at The Knitting Factory in New York. Meet the writers behind the hit show and hear the individual voices that came together to create a cultural landmark.

In this show, Jenny Bicks wins an Emmy and discovers the limits of giving; Michael Patrick King unwraps an inspired piece about his Christmas secret; the writing team of Julie Rottenberg and Elisa Zuritsky split up for two individual pieces about family myths and secrets; Cindy Chupack gets a dirty phone call; Liz Tucillo tries to maintain control; Amy Harris' real estate obsession runs wild; and Beth Lapides tells the story of guest-starring on Sex and the City with Baryshnikov.

Un-Cabaret's Say the Word was originally presented as part of Comedy Project, a bi-annual multi-media festival at the Skirball Cultural Center in Los Angeles. More information about shows and workshops is available at www.uncabaret.com.

ADVISORY: Some material not appropriate for minors.

"Events like this are the reason we have a 'Don't Miss' box!" (Time Out New York)
"Original, deep, smart, surprising, and very funny!" (The Onion)