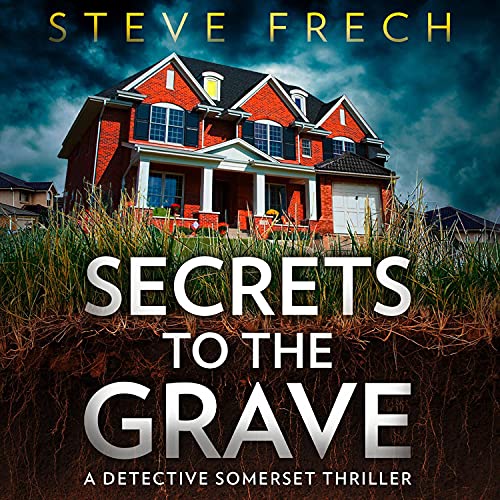 Secrets to the Grave

When a teenage girl is found dead on a quiet suburban street, Detective Meredith Somerset is called to the scene. The victim is shoeless, the only clue to her identity a silver medallion hidden in her grass-stained sock. Did she run from her killer across the smooth lawns of Willow Lane? And if so, how did no one in the surrounding houses see or hear a thing?

As Meredith investigates, she’s haunted by flashbacks to the day her little sister vanished - the day Meredith should have been watching her. With a murder to solve, she doesn’t have time to dwell on her sister's unsolved disappearance.

Meredith needs answers, or she’ll never find closure. But Willow Lane has more than one mystery behind its doors - and to find the killer, Meredith must venture into a community that’s determined to keep its secrets hidden at any cost....

A nail-biting crime thriller with a shocking twist, perfect for fans of Harlan Coben, Robert Dugoni and Lisa Regan.

Enjoyed the read. Had some twists that you didn't predict. Recommend to those that like thrillers/suspense.

I really enjoyed secrets to the grave, it keeps you guessing and it has several interesting twist plots.

Im looking forward for the next book from Steven frech