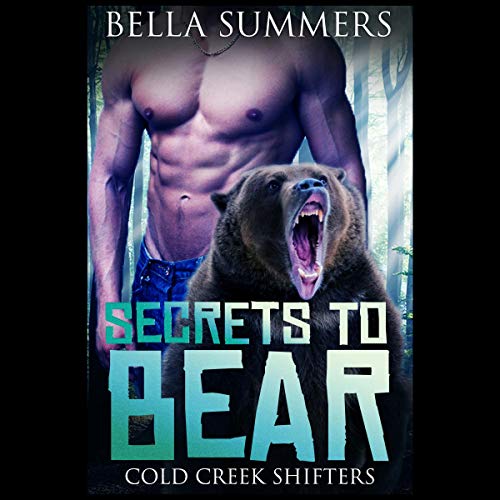 Secrets to Bear: A Paranormal Romance

This Werebear will do anything to protect his mate.

A runaway fiancé meets a protective werebear in this steamy, paranormal romance.

Adam is a tall and strong grizzly bear shifter, attempting to leave his clan and his small-town life in Cold Creek, Montana, far behind him.

When Zoe, a curvy amateur photographer, discovers something dark about her fiancé, Joey, she goes in hiding in fear for her life - and finds some peace staying in a rundown motel in the middle-of-nowhere, America.

When fate brings Adam and Zoe together, she doesn't understand how quickly her feelings could grow for a man she’s just met.

Could this be the man she was meant to be with? Burned by what she thought was love by her psycho fiancé, Zoe just doesn't know. She certainly hopes so.

Fate may have a different ending for her, though, if her wealthy fiancé Joey ever finds her.

This is the first in a series of books that take place among the shifters of Cold Creek, brought to you by new novelist Bella Summers.

Grab a cup of coffee (or a bottle of wine) and escape into Bella’s world - filled with hot shifters, steamy love scenes, and fast-paced action that will keep you listening.

the narrator's voice drove me crazy. story was juvenile. just save yourself time. don't listen.