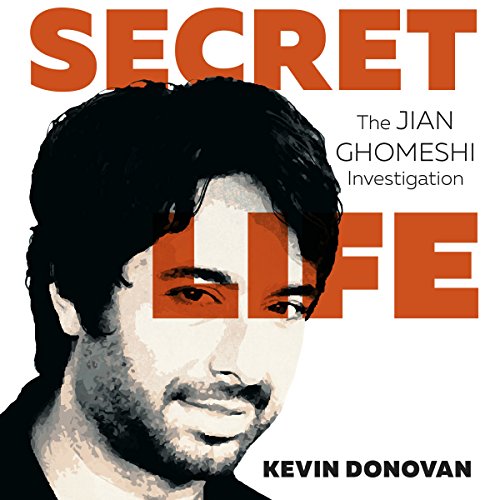 It began as rumors. Whispers at dinner parties. Warnings about bad dates with a Canadian celebrity. Then, seemingly out of nowhere, superstar CBC broadcaster Jian Ghomeshi revealed his interest in "rough sex" in a long Facebook post, and a scandal of unprecedented scale descended on the radio host. What the public did not know was that months before Ghomeshi's emotional post, Canadaland podcaster Jesse Brown and Toronto Star journalist Kevin Donovan were quietly pursuing serious allegations against him.

In Secret Life, Donovan takes us inside the Star's investigation. Step by step, he explores the story as only he can: the media frenzy, his own personal and professional doubts, the women who came forward with stories about an alleged dark side of a national idol, and Ghomeshi's ignominious firing and dramatic criminal trial. Taking us behind the scenes, Donovan sheds light on the journalistic process and the complexity of gathering information about a highly sensitive matter from named and confidential sources, including those women who feared it was their word against a beloved public figure's. Secret Life is a thought-provoking account of the landmark Ghomeshi exposé that sparked a nation-wide discussion on sexual assault, the cult of celebrity, and the politics of power and gender in the workplace.

The story of Jian Gomeshi's fall from grace is a tragedy in the true literary sense of the word. The talented radio host had it all: fame, wealth, a brilliant future. In the end, his decline and spectacular fall were the result of his own human flaw, a flaw that he seems not to recognize to this day.

On the evening when news of Gomeshi's firing from the CBC first broke, my family and I were shocked and disbelieving; it was akin to the shock felt by an adoring public when O.J. Simpson was arrested for the murder of his wife, Nicole, and her friend Ron Goldman. How could these popular, likable heroes possibly be guilty of the ugly crimes with which they'd been charged? While Gomeshi was not accused of murder, his brutal sexual proclivities led him perilously close to accidental homicide. At the very least, his traumatized partners remain scarred and forever changed.