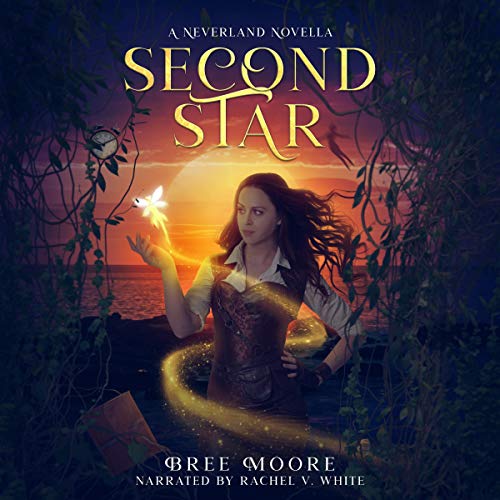 All children, except one, grow up...

Two years after her flight to Neverland, Wendy Darling pretends that Neverland doesn’t exist. She claims that she never knew a boy named Peter Pan. And most devastating of all, she starts to grow up. That is, until Tinkerbell shows up in Wendy’s bedroom, asking her to return to Neverland.

Wendy leaps from her window and follows the stars a second time, only to discover the lost boys are drunken teenagers, the Jolly Roger has a new captain, and Peter Pan wants her to give him the one thing that has the power to destroy Neverland for good: a kiss.

Wendy must decide whether she would rather die with Neverland or come to terms with growing up before the last fairy falls.

Embark on the great adventure again with Peter Pan and Wendy in this epic retold sequel to the classic by James Barrie. For those who enjoyed Tiger Lily by Jodi Lynn Anderson.

A tale worthy of never land

A return to Neverland

Growing up is never easy, but it’s inevitable. When Wendy has the ability to return to Neverland she finds things are no longer the same. She has a big decision to make...

I thoroughly enjoyed Bree Moore’s tale. The perfect continuation of the story of Neverland.

A perfect reader for a new Neverland

I had already read this novella and reviewed it as follows:

Second Star finds Neverland in chaos. But Neverland, as I perceived it, represents what happens when our childhood -- and our childhood stories-- fracture and break down. We love our stories but they are problematic. Like Moore's Neverland, they are at risk to disappear because they do not map with changing generations, and rightly so. Moore takes Wendy and Peter through a dissociation narrative and helps all of us, with Wendy, to reintegrate: Wendy --into an independent mind and the readers-- into a new, healthier path forward from a beloved story.

Then I previewed the audiobook. I am a regular audio book user; sometimes the reader does a story justice and sometimes they interfere.

In this case, the narrator, Rachel V. White, was a perfect match for this story. The voice was a credible approach to a London accent, albeit modern for the setting. Her character representations were smoothly transitioned so that I was undistracted by any specific character. The story was brought to life by a voice perfectly matched to represent a teen Wendy with appropriate teen angst and sass without losing the propriety of this traditional character.

In short, I loved it. I had to listen three times to be sure. I think I’ll go listen one more time just to firm up my opinion.

I loved this continuation of the Neverland story! Very well done. I loved the author's prose style and word choice. It felt authentic to the time. I liked how it continued the story on without taking away from the original story. I would highly recommend .