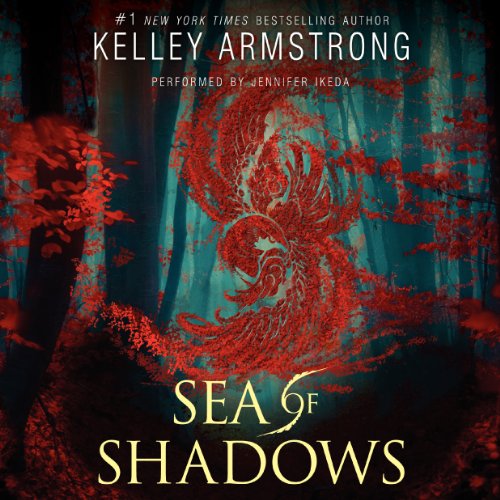 They hear the spirits.

In the Forest of the Dead, where the empire’s worst criminals are exiled, twin sisters Moria and Ashyn are charged with a dangerous task. For they are the Keeper and the Seeker, and each year they must quiet the enraged souls of the damned.

Only this year, the souls will not be quieted.

Ambushed and separated by an ancient evil, the sisters’ journey to find each other sends them far from the only home they’ve ever known. Accompanied by a stubborn imperial guard and a dashing condemned thief, the girls cross a once-empty wasteland, now filled with reawakened monsters of legend, as they travel to warn the emperor. But a terrible secret awaits them at court - one that will alter the balance of their world forever.

From number-one New York Times best-selling author Kelley Armstrong comes a captivating new series that blends elements of fantasy and horror with the pulse-pounding action and romance that have earned her a devoted following worldwide.

Worth the time to listen, but not one of Kelley Armstrong's best works of fiction. I guess she's spoiled me with her other series.

Don't do it. Wish I hadn't! Doesn't sound like a Kelley Armstrong book! Much too juvenile for one of hers.

It is hard to put my finger on this one exactly, as I have been a voracious reader of all of her previous works. But the characters in the story and the plot line itself just never really gelled together, which I found somewhat surprising and really disappointing. You can still tell that it is her style of writing, which I have always really loved, it's just more that some of the important points of a story and a book as a whole didn't come together this time.

love listening to this

I live Kelley Armstrong books, this is on the top of my list and can't wait for more books of this series to come out.

What would have made Sea of Shadows better?

A different story line? The characters were so flat and uninteresting, I had zero attachment to anyone even three hours in.

Has Sea of Shadows turned you off from other books in this genre?

It might have turned me off of epic YA, hard to tell just yet.

Slow, dull, bored- with that being said I normally really enjoy her.

No- and I have loved all of This authors other YA books.

I normally finish books, it's a matter of pride, even if I don't thoroughly enjoy them. I tried so many times with this book and finally just gave up. Thank you Kelley Armstromg for giving me so many hours of enjoyment with your other work, this one is just not for me. I will be on the look out in the future for other stories, but won't continue on with this one.

Loved the way it hooks you right away. Great characters, really enjoyed the changing perspective between the sisters. Fantastic performance from Jennifer Ikeda as always!

Intriguing plotline, but bogged down by boring

I usually enjoy Kelley Armstrong novels. I love the Other World Series, and there have been a variety of other novels she’s written that I really liked. The plot of this is good, but so much extemporaneous crap goes on that I would get completely disoriented as to what was going on with the story. She’s delaying the romantic build up with all this extra crap. Obviously all the characters have the chemistry, so the storyline needs to move forward at a quicker pace. Ultimately, I tuned out a good portion of the book just to finish it. I won’t buy the next.

It didnt hook me in and too slow

It didnt hook me in and too slow, poor character development. got boarded...The narrators voice was so,monotone it put me to sleep. this book was noy like anythin else from Kelley .

Such a boring performance

I've listened to several books read by this performer- this will probably be my last. Even the most interesting book becomes boring - very monotonous and I end up falling asleep.

Another great series from Armstrong

Sea of Shadows is a wonderful start to a new series. Evoking a world similar to medieval Japan, Armstrong brings new monsters and shadows to her fans. I am looking forward to the next installation.