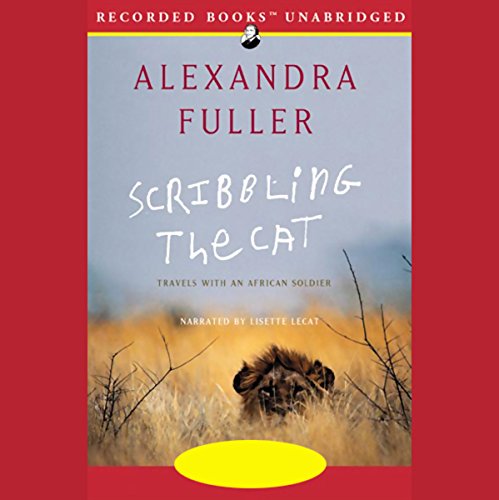 When Alexandra ("Bo") Fuller was home in Zambia a few years ago, visiting her parents for Christmas, she asked her father about a nearby banana farmer who was known for being a "tough bugger". Her father's response was a warning to steer clear of him; he told Bo: "Curiosity scribbled the cat." Nonetheless, Fuller began her strange friendship with the man she calls K, a white African and veteran of the Rhodesian war. With the same fiercely beautiful prose that won her acclaim for Don't Let's Go to the Dogs Tonight, Fuller here recounts her friendship with K.

K is, seemingly, a man of contradictions: tattooed, battle scarred, and weathered by farm work, he is a lion of a man, feral and bulletproof. Yet he is also a born-again Christian, given to weeping when he recollects his failed romantic life, and more than anything else welling up inside with memories of battle. For his war, like all wars, was a brutal one, marked by racial strife, jungle battles, unimaginable tortures, and the murdering of innocent civilians, and K has blood on his hands.

Driven by K's memories, Fuller and K decide to enter the heart of darkness in the most literal way, by traveling from Zambia through Zimbabwe (formerly Rhodesia) and Mozambique to visit the scenes of the war and to meet other veterans. It is a strange journey into the past, one marked at once by somber reflections and odd humor. What results from Fuller's journey is a remarkably unbiased and unsentimental glimpse of men who have killed, mutilated, tortured, and scrambled to survive during wartime and who now must attempt to live with their past and live past their sins. In these men, too, we get a glimpse of life in Africa, a land that besets its creatures with pests, plagues, and natural disasters, making the people there at once more hardened and more vulnerable than elsewhere.

Scribbling the Cat is an engrossing and haunting look at war, Africa, and the lines of sanity.

"Fuller's unflinching look at K, war, and even herself makes for an extremely powerful book, one that takes readers into a complex, deep-seated, and ongoing conflict and sees through to its heart. Fuller is a truly gifted and insightful writer." (Booklist)
"Fuller evokes place and character with the vivid prose that distinguished her unflinching memoir of growing up in Africa." (Publishers Weekly)

This is truly an amazing book by a very interesting lady. One cannot help but admire the brutal honesty of her writing and her determination to grow at any cost. One wonders however what her husband thinks of her adventures.

This book is far stranger than "Don't ... Dogs Tonight", but is equally compelling. For me, it has the same ability to transport me back to Africa that "... Dogs..." had which does not just mean evoking past experiences, sights and smells. Once in a while I had to shake myself and remind myself that I live in the US.

Having known many Ks, the description of K and his friends ring very true. If I had the honesty and integrity of the author, I would have to say here that it also revealed some small hidden parts of myself to me.

I enjoyed this book thoroughly and was sorry when I got to the end of it, but am reluctant to make a blanket recommendation of it as I imagine that some readers may find it more than a little weird. However, if you have a strong stomach and would like to try something different, then this is your book.

I would have preferred to give this book 3 1/2 stars, but the program will not allow it. I just loved DOn't Let's Go the Dogs Tonight and I could not wait to liste to this book. While I did find it interesting Don't Lets Go was a far better and more engaging story.

I might have liked this one more had I not just listened to the first. Alexandra Fuller is an excellent writter and this book is no exception. The story, however was rambling and I never quite got into it like I did the story of her childhood.

The narrrator, however was brillant as always, I have listened to her narrate the Number 1 Ladies'Detective Agency series and just love love love her.

I am glad I listened to this book, but it was not one of my favorites.

What made the experience of listening to Scribbling the Cat the most enjoyable?

Tough, truthful unadorned writing, no politically correct cant, regardless of personal opinions of the author, she didn't impose them on the story.

What was one of the most memorable moments of Scribbling the Cat?

Visiting the lion-owning veteran on the island with K

Which character – as performed by Lisette Lecat – was your favorite?

I grew up as an expat in Asia and shared similar experiences. I remember hearing of the war although I didn't experience it. Nothing in the book sounded false or overladen with the pious earnestness, nay, sanctimoniousness so common in American and other muddle-headed authors on the subject. Bravo, Ms. Fuller...and K was right to let you tell your story and only get back in touch with you after you had finished the book. Bless him!

I expected far more from this book after "Don?t Lets ....Tonight". I found K unbelievable and a complete contrast to Rhodesian War veterans I have known.

Scribbling the Cat dwells on atrocities from one side only and is steeped with guilt. It would have done a better service to be more balanced and to reflect the War from all sides of the conflict.

Having been so impressed with the first book I went into this one expecting something special and did not find it.

An ugly part of Zimbabwe's history.

Alexandra Fuller's interesting book about her experience going back with a former Rhodesian soldier to visit former areas he fought in Zimbabwe and Mozambique was greatly aided by the adroit narration of Lisette Lecat. Her remarkable ability to change voices, as well as accents was maybe the best narration job I have heard in an audible book. I am now very curious to read about some more of Alexandra Fuller's tales about growing up in Africa. It's a very personal book that goes over what war does to the minds and lives of the soldiers who fight, and once the gunfire stops, have to deal with PTSD, relationship troubles and chemical dependency...and in the case of "K", the protagonist much regret.

An amazing story fresh from the horse's mouth of a Rhodesian (and could as well have been a South African) veteran explaining why and what.

Fuller does it again

Alexandra Fuller always captures the feel, smell and heat of her Africa.
A fantastic listen, but not for a neofite that doesn’t don’t know some East African history.

Brings back memories of a life gone by.
fortunately i was to young to fight missed it by 2 years

so rare to find the raw honesty the author exhibits and at the same time read a human interest story. Ms Fuller makes me feel the heat, smell the soil, and live the Africa she experiences in this book.

Parts of this book were very good. Others were painful. I just couldn't get past the author. She went to great lengths to get a story, but it really wasn't much of a story. I'd pass on this one.