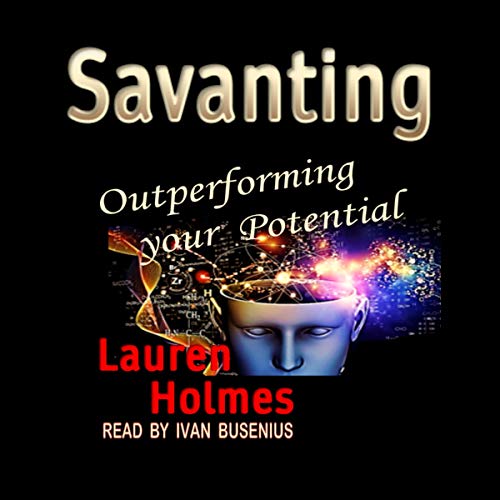 This unprecedented protocol exploits how savants outperform their potential - how they achieve incredible feats of genius from deficient brains theoretically incapable of them.

Savanting empowers creativity from noncreatives; brilliant breakthroughs from the nonbrilliant; vision from nonvisionaries; and extraordinary execution from the execution-challenged. It renders current methods for cultivating creativity obsolete.

The key is releasing your true potential - a potential which derives from reconnecting internal and external biological mechanisms which have co-evolved to work together. An overdrive state emerges which enables you to outperform your known potential.

The result is a fundamental revision to not only our method of operation but the expansions of consciousness from which we can achieve. The future of humanity has been upgraded. Discover what you are truly capable of achieving.

Biography
Lauren Holmes is CEO of Frontiering, a company dedicated to creating biologically maximized careers which ensure intrinsically rewarding work, peak achievement, self-actualization, self-transcendence, and profound purpose and meaning. Two decades of studying global executives through the lens of her degree in biological anthropology has yielded a new formula for career, life, leadership, and entrepreneurial success. Lauren is an award-winning author known for in-depth research and analysis, original thought, and groundbreaking strategies for practical application.