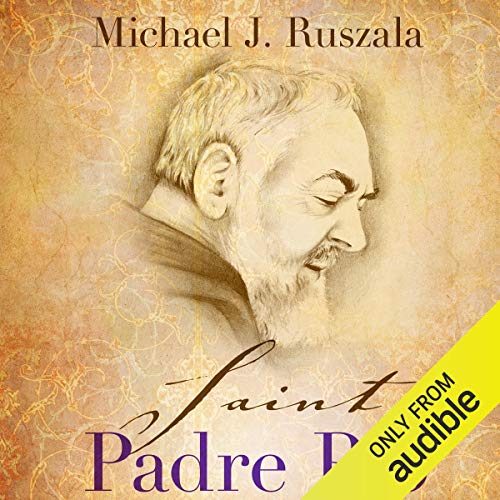 Saint Padre Pio: In the Footsteps of Saint Francis

In an age that smirks at the mention of miracles, sin, angels, and demons, St. Pio of Pietrelchina has emerged as a figure of immense popularity, attracting fascination, veneration, and emulation. Padre Pio, who once wrote in a letter, "I am a mystery to myself," is certainly a mystery to all who know of him. To those who moved beyond mere credulity, he became an inspiration to embrace the fullness of faith. Perhaps that is why his shrine in outlying San Giovanni Rotondo, Italy, is second only to the Vatican itself in annual number of pilgrims and why Italian Catholics now report praying more for St. Pio's intercession than for that of any other saint.

This book is a concise introduction to Padre Pio's life, especially as compared to the example and journey of his spiritual father, St. Francis of Assisi. If St. Francis is said to be the most popular saint of all time, Franciscan Capuchin Padre Pio is perhaps the most popular saint of our times. Given that he passed only in 1968, it is remarkable to think that such a spiritual superhero could exist in our modern age. Though not spared from misfortune, he was spared those things that cloud us from perceiving the world in a truly spiritual way. Perhaps that is why Padre Pio offers us just the message we need to hear.

Was throughor in telling the saints life from childhood to his death. Very amazing man.. I have a rosary w a relic from Padre Pio. The Narrator voice was somewhat irritating to me. On the whimsical side. But may be just my personal taste. Another Narrator i think would have made the story more interesting, overall story top shelf. But the voice wasn't match well w the Saints life..
Narrator should be would do better w children books..

David glass's reading style was stilted and had odd tone. the story was a good sampling of Pio's life.

Saint Padre Pio, I love you!!!

The story is exceptional, because Saint Padre Pio is exceptional !!!
Everything is almost perfect except there were 3 portions that the narrator was cutting off. Other than that, it was a GREAT JOY to listen while I was cooking and doing laundry.
Many, many thanks!
Amazing book !!!

Truly Blessed by this book. I want to be a Saint. Padre Pio Pray for me.