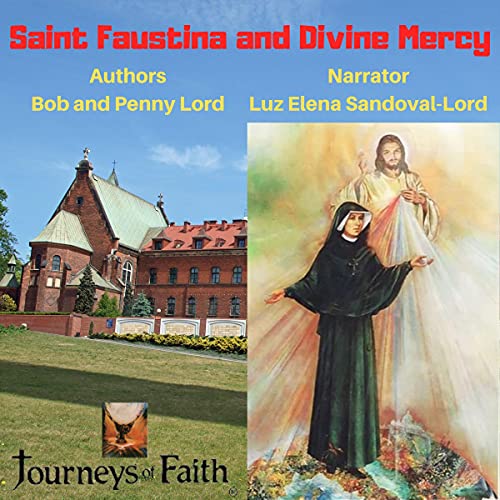 The Lord had an urgency to give Saint Faustina Kowalska the message of divine mercy with or without a spiritual director; and so, the day was to come, on February 22, 1931, in Vilnius, when the Lord’s mission would begin to be revealed to her.

She was in her cell; she saw the Lord Jesus clothed in a white garment. As she explains it, "One hand was raised in the gesture of blessing, the other was touching his garment at the breast. From beneath the garment slightly drawn aside at the breast, there was emanating two large rays, one red, the other pale. In silence, I kept my gaze fixed on the Lord; my soul was struck with awe, but also with great joy. After a while, Jesus said to me, ‘Paint an image according to the pattern you see, with the signature, Jesus, I trust in you. I desire that this image be venerated, first in your chapel, and then throughout the world. I promise that the soul that will venerate this image will not perish. I also promise victory over its enemies already here on earth, especially at the hour of death. I myself will defend it as my own glory.'"

This is a very good background summary of Saint Faustina. The reader is an amateur and not a professional but somehow this adds to the simple story of Faustina. I didn’t mind it at all. It felt like my grandmother was telling me a bedtime story.