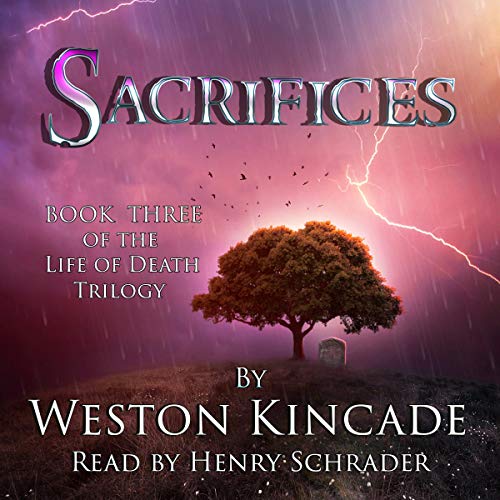 Alex’s ghostly visions can save lives. But can they stop a drug czar from disrupting the peace and harmony of Tranquil Heights?

For Alex Drummond trouble doesn't come knocking, it kicks down the door and raids the refrigerator. War is brewing between moonshiners and a murderous drug kingpin. Cremated human remains are appearing everywhere. And now Alex’s family is in the middle of it all. To make matters worse, his son’s powers rival his own...as does his stubborn nature. Choices will be made. Laws will be broken. And morality will be questioned. Will Alex’s family survive the bloodshed?

Psychometric powers combine in this thrilling battle for survival in Weston Kincade’s final book in the A Life of Death trilogy. The future of Alex’s hometown is at stake...but sacrifices must be made.