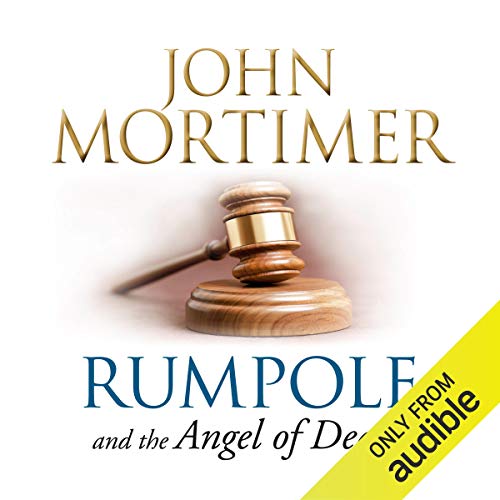 Rumpole and the Angel of Death

In this collection of Rumpole stories the comic, courageous, and corpulent 'great defender of muddled and sinful humanity' is joined by a winning cast of villains and victims in tales whose wry humour and sparkling wit deftly send up the legal system. In Rumpole and the Angel of Death our hero achieves resounding triumphs over the forces of prejudice and mean-mindedness. Rumpole and the Way through the Woods involves Rumpole in the world of hunters and the hunted, animal rights and human wrongs. In Rumpole and the Rights of Man, he finds at the European Court of Human Rights that international justice is as fallible as the domestic variety. And for the first time, Hilda, She Who Must Be Obeyed, tells a story all her own.

Rumpole at his best

I avoided this audiobook for some time, put off by the inexplicable low assessment someone gave it - but Bill Wallis excels himself in this Rumpole volume. What an extraordinarily talented narrator. He can give warmth and depth to all the characters, male or female. And the stories are some of the very best in the series.

Rumpole is what I'd like every Englishman to be - witty and well-read, intolerant of injustice and pseudo-political correctness, wily and clever - and with a warmth that encompasses everyone, even the judges and fellow barristers who drive him to distraction.

Poor Hilda who so nearly made a fool of herself - but who pulled back from the brink with the sort of wisdom and self-mockery that makes her a worthy consort to Rumpole after all.

I can't praise Bill Wallis too much as a narrator. How lovely that his voice lives on in all the books and stories whose authors were lucky enough to have him to bring them to such life.

Another excellent collection featuring the wonderful characterizations of Bill Wallis. The stories have a somewhat darker caste than some earlier collections. Rumpole, never one with a rosy view of humanity, is faced with such issues as kidnap, terrorism, Alzheimer's, and euthanasia.
The highlight (and one of Mortimer's all-time bests) is surely "Hilda's Story", where She Who Must Be Obeyed emerges in her own words to show herself every bit her husband's equal, both in shrewdness and in curmudgeonly charm.